In what could be a dress rehearsal for the evacuation and demolition of Ulpana Hill, Israeli security forces accompanied a bulldozer which overnight demolished a stone structure in the Ramat Migron outpost and two temporary structures in the Oz Zion outpost in the Benjamin region of Judea and Samaria. Clashes erupted during the demolition, between right-wing activists, most of them teenage girls, and security forces. The Tatzpit news agency reports that six activists were arrested, five of them girls.

Police, Border Guard and Civil Administration troops arrived at a little before midnight last night at the Ramat Migron Outpost in Benjamin region, with a bulldozer.


Dozens of right-wing activists flocked to the scene to protest the planned destruction. The outpost was celebrating a wedding that night, of a young man and woman who are both local residents.

Protected by the troops, the bulldozer, which was using the path that had been cleared in preparation for the wedding, proceeded to level a stone structure, which was home to the boys living in the outpost.

After the successful destruction of the building in Ramat Migron, the forces left the area and moved toward the Oz Zion outpost, where they were met by and clashed with several right-wing activists, all of them teens. Despite the teens’ resistance, the security forces demolished two temporary structures.

According to the Tatzpit report, six teens were arrested during the clashes, including five girls.

The agency reports that government forces were brutal in their treatment of the protesting teenagers, using unrestrained violence. Some of the girls are reported to have been injured. The Oz Etzion outpost is considered a closed military zone and reporters were not allowed in to cover the clashes. Photographers were attacked by police with blinding projectors that prevented covering the violence.

As has been their habit in such confrontations, the Border Guard policemen did not wear their name tags on their uniforms—a violation of police regulations—and only agreed to reveal them after being pressed to do so by reporters.

Some police covered their faces with bandanas throughout the operation.

A local resident told the Tatzpit agency: “It appears that police intelligence discovered our plan to build a new home in Israel, and decided to try to destroy our celebration. In the past we’ve observed this pattern of the police, to commit their destruction just when we celebrate a joyful wedding or an engagement of local residents. But we will not be deterred.” 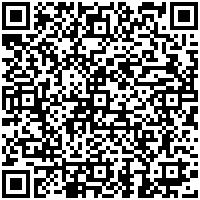