A recently released IDF survey has found that the highest number of reservists per capita recruited by the Israeli Defense Forces over the past year have come from the Judea and Samaria region. The survey, conducted annually by the Israeli army, has found that Judea and Samaria residents top Israeli citizens serving in the army at 34%. This was followed by residents of the North at 29%, 28% from Jerusalem and Central Israel and 27% from the South. Of the members of the reserves from Judea and Samaria, a majority of 60% were found to be serving in combat units.

The poll was also surprising in the diversity it found in the Israeli Defense Forces. 1,200 of the reservists were from the Republic of Georgia, 720 originated from Iran, 30 from the Philippines, and 4 from Bahrain. The study indicates a rarely seen picture of reserve duty, where minorities and immigrants play a larger role than previously thought. A total of 19% of reserve soldiers were born outside Israel.


The survey showed that only 5% of the population served a meaningful stint of at least one week in the reserves this past year. Together with this data, 80% called up for reserve duty did report as called. 14% of those called up were women, a rise of 6% from the previous year.

The IDF reserve formation is currently fighting for its status, shaken by public controversy surrounding the recruitment of Ultra-Orthodox Jews, and the declining number of reservists over recent years. A new reservists movement, calling itself “The Sucker’s Camp”, is protesting the fact that only a small segment of society bears the brunt of demanding reservist duty. Amit Barak, spokesman of the “Im Tirzu” Zionist student movement and paratrooper reservist, believes that serving in the reserves is actually a privilege, and does not view himself as a so-called sucker. “Today, someone who does Miluim, reserve duty, does so because he wants to. There are enough ways to evade service. Some who serve do so because they think it’s important, because they’re patriots and because they think it is of social significance. Calling the reserves suckers is humiliating to those who serve. The reserve service is infused with values, and I think it’s a privilege to serve.”

Ofer Inbar, another paratrooper reservist, told Tazpit News Agency: “Every time a put of the IDF uniform I feel a sense of pride. I think it’s an honor to be a soldier in the reserves. It’s a unique experience to be a soldier in the IDF after 2,000 years of the Jewish People being defenseless. I have been educated by these values and intend to educate my children by these same values.”

Arik Ben Shimon, an armored corps crew man, fought to serve in the reserves. His wife was nine months pregnant, and by law he was exempt from service, but he showed up to his scheduled training. During the third day of training, in the dead of night, his wife called and told him the baby was on the way. After a while the contractions ceased, and so he continued the training and concluded it. “Anyone who shows up to Miluim does so because he wants, because it’s important to him. I will continue to report to duty when ever I am called.” Ben Shimon concluded. 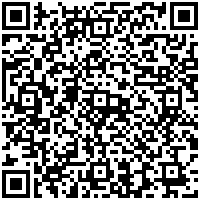