Leaders in Judea and Samaria appeared to voice support for President Donald Trump’s unpublished peace plan for the Middle East saying it was a historic opportunity to declare Israeli sovereignty on the region.

According to recent reports, Trump’s plan, dubbed “Deal of the Century,” entails US recognition of Israeli ownership over areas already under its full control, essentially paving the way for an Israeli declaration of sovereignty over large parts of Judea and Samaria.

Yochai Damri, head of the Har Hebron Regional Council, called on Prime Minister Benjamin Netanyahu to declare sovereignty on all areas in which there are Israeli communities, as a basis for any future diplomatic plan or offer.

“We must take advantage of this window of opportunity in the Trump Administration, and after the relocation of the US embassy to Jerusalem, and the US recognition of the Golan Heights, it is time for sovereignty in Judea and Samaria,” he stated.

Shlomo Ne’eman, head of the Gush Etzion Regional Council, expressed confidence that the report on the US recognition of Israeli communities was the result of hard work on behalf of the Israeli team in contact with Washington.

Yisrael Gantz, head of the Benyamin Regional Council, said that Israel must not miss this “historic opportunity which will probably never occur again.”

“The first step by Netanyahu’s new government must be the declaration of Israeli sovereignty on all area inhabited by Israelis in Judea and Samaria. If not now, when?!” he added.

However, Arab Member of Knesset (MK) Aiman Odeh warned that Trump’s plan would set the region on fire and condemn everyone to a life of strife.

MK Osnat Mark, of Netanyahu’s Likud party, stated that Trump has “again proved that Israel has a true friend sitting in the White House.”

She called for immediate action towards the declaration of Israeli sovereignty in Judea and Samaria, an area which is home to close to a half a million Israelis.

Jason Greenblatt, the US envoy for international negotiations, told Fox News over the weekend that “one thing we won’t do, the Trump administration won’t compromise on Israel’s security.”

He estimated that the plan won’t be released until at least after Ramadan, the formation of a new Israeli government and the Jewish holiday of Shavuot, which ends on the evening of June 10th. 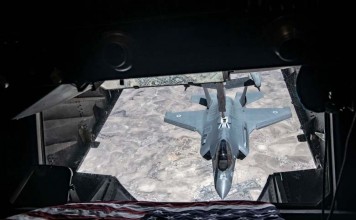 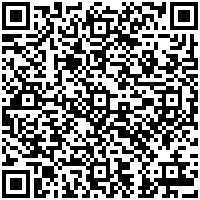