A cadre of rabbis called on the public to protest the destruction of the Netiv Ha’avot neighborhood in Gush Etzion this week, after attempts to nullify the Supreme Court-ordered razing failed.

In December 2016, the Supreme Court found in favor of leftwing NGOs representing Arab plaintiffs who argued that small parts of some of the homes of the Netiv Ha’avot neighborhood in the Judean community of Elazar were built on Arab-claimed land. The Supreme Court ordered that all the homes be fully razed, even those whose owners agreed to renovate the homes so as not to overlap onto the disputed land.


In a letter signed by Rabbis Dov Lior, Tzfania Drori, Chaim Druckman, Shlomo Aviner, Eliezer Waldman, Yigal Levinstein, Chaim Steiner, Aryeh Stern, Yehoshua Zuckerman and others, the public was urged to join the evacuated families on the day of their eviction on Tuesday morning to offer support, encouragement and assistance.

“We call on the general public to come early to the rally and to remain to protest the desecration of G-d’s name in the destruction of homes in the Land of Israel,” the letter read.

The letter instructed protesters not to engage in any violence.

They also rejected the Supreme Court’s finding regarding the ownership of the land. “As rabbis and community leaders, we view this act as contrary to all logic and morality, undermining our right to the entire Land of Israel, which is settled by the people of Israel by right and justice,” they wrote. “Make it clear to all those opposed to the settlement enterprise: For every home that will be destroyed or threatened with destruction, many others will be built.”

In February, the cabinet of Israeli Prime Minister Benjamin Netanyahu approved the first stages of legalization of Netiv Ha’avot, which will pave the way for the potential construction of 350 more homes in the neighborhood once the process if finalized.

“The residents of Netiv Ha’avot have been waiting a long time for this,” he said.

The same month, government ministers authorized $17.2 million in funding for the Gush Etzion Regional Council, the municipality which includes Elazar and Netiv Ha’avot. Nearly half of the funds will go toward building a temporary neighborhood for the expelled families, who will also be receiving compensation of $6.88 million.

The homes were originally slated for destruction in February, but the owners were granted a three-month stay. 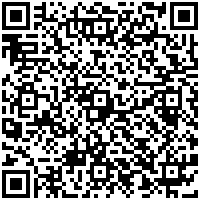