This week marks the quarter-century mark for a unique women’s organization in Israel that has been one of the biggest thorns in the side of the Israeli government — and one of the most effective Land of Israel advocacy groups — to exist in this century. Women In Green celebrated its 25th anniversary this week. Here’s how they started.


In 1993, a small but determined group of women decided to organize to do something about the impending disaster that was looming in Israel with the signing of the Oslo Accords — a document that had the potential to permanently shrink the state back to the Neanderthal Age.

Zeroing in on the so-called “Green Line” (1949 Armistice Line) everyone kept referring to, they began to dress in green hats while holding a weekly vigil on the areas where the “Green Line” was supposed to exist.

The first vigil was kicked off near Sha’ar Hagai, not far from Jerusalem. The Women In Green were joined by prominent supporters: Israeli lawmaker Limor Livnat, and Soviet refusenik Ida Nudel.

The Women in Green waved their new signs saying “Wake up Israel. This is where they want to shrink us back to! We won’t agree to return to the Green Line. All of Eretz Yisrael is green and is ours to keep.”

And thus was launched the Women In Green, an organization that has since carried out hundreds of demonstrations. Originally led by Nadia Matar and the group’s founder, her mother-in-law, Ruth Matar, (whose husband Michael also helped found the organization) today it’s led by Nadia and her co-director Yehudit Katzover.

The two women marked the 25th anniversary at a special event held this week at the Oz ve’Gaon nature reserve in Gush Etzion, where 150 close friends and public officials joined them in remembering all of the years of rallies, demonstrations and campaigns they have led in hopes of preserving Israel’s sovereignty over her Land.

There is so much that yet remains to be done, in hasbara, in the political field and from a practical standpoint as well; Women in Green barely has time to take a breath.

But a lot has already been accomplished because its women were not afraid to stand up and speak the truth even when it wasn’t popular, and even when it was dangerous to do so.

Jewish communities in Judea and Samaria today exist partly because groups like Women in Green spoke without fear, spoke often and spoke to everyone, regardless of the consequence. When the calculations are made in the World to Come, Tikkun Olam that came from Women in Green will surely rank very high on the List. 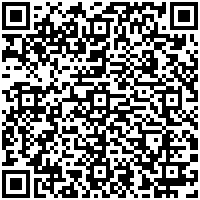