With over 13,000 circumcisions under his knife, Rabbi David Fuld has witnessed far too many babies born with horrendous and debilitating genetic diseases, some of whom will never live to see their own Bar Mitzvah. For years, the plight of these children, as well as the financial and emotional price their families were forced to pay disturbed him to no end.

Discussing it with his wife Anita, they decided there must be something they could do to help families that wanted to have children, but were at high risk of having children with devastating genetic diseases.

Rabbi Fuld began searching for a solution and came across the research of Dr. Yury Verlinsky in Chicago. Born in Siberia, the doctor immigrated to the U.S. after – as a Jew – he was forbidden to practice medicine in the former USSR. Verlinsky had developed a genetic screening process called “Polar Body Analysis”, in which a by-product of the egg’s division during meiosis is detached and tested for genetic diseases on a molecular level, with no damage to the rest of the egg.

Rabbi Fuld cut a deal with Verlinsky, and a partnership began where Verlinsky’s technique and research would be developed and a testing and fertilization treatment facility would be established in Israel.

Rabbi Fuld began searching for a hospital in Israel that had both the capabilities and ethical standards he wanted to set up a PGD (Pre-implantation Genetic Diagnosis) and IVF (In Vitro Fertilization) center.

The search eventually led him to Shaare Zedek hospital in Jerusalem, well known as “the hospital with a heart,” Shaare Zedek is unique in that it is guided by halachic (Jewish) law and is heralded for the high quality of treatment it offers its patients. Both were important standards for Rabbi Fuld.

Rabbi Fuld offered Professor Levy-Lahad $250,000 to set up of a PGD-IVF research laboratory and treatment center, and she laughed as she explained to him that it would cost at least ten times that amount. Typically speaking, it can cost as much as $30,000 per child for PGD-IVF treatment, though over the past two years, Israeli insurance companies have begun to subsidize much of the cost for the first two children.

Rabbi Fuld, wealthy from his real estate holdings, understood the message. The rest, as they say, is history.

The first baby using PGD-IVF was born in 2005, and on Thursday, May 10, 2012, Shaare Zedek celebrated its 200th baby born using this technique. And there are many more babies in the pipeline.

Shaare Zedek: One of a kind

While there are seven genetic screening and fertilization centers in Israel, Shaare Zedek is the only one checking on the molecular level, compared to the more common chromosomal testing. This means the tests are more accurate and able to detect more genetic diseases. No other hospital in Israel has created as many children, and just as important, no other hospital has had as high a success rate in testing, impregnation, and live births as Shaare Zedek.

As anyone who saw the classic dystopian film Gattaca would recall, there are serious ethical issues that must be considered with PGD. PGD can test for gender and other genetic issues completely unrelated to health, which opens up an entire Pandora’s box.

Shaare Zedek is the only Israeli hospital with its own in-house ethical committee, which decides if the applying couples should receive PGD treatment, as well as ensuring that the entire process conforms to Halachah. The department assists Jews and Arabs alike.

Furthermore, as IVF treatments can be personally invasive on a physical and emotional level, the department’s staff of 30 are unusually sensitive to this potential discomfort and act accordingly.

There is also the issue of what happens to the fertilized, but diseased, embryos. Those embryos are used for testing to help the doctors improve their research and treatment. Before beginning treatment, the couples sign a waiver giving their consent.

Rabbi Fuld shared with The Jewish Press a few stories of the people he helped.

One ultra-Orthodox couple, based on genetic screening before marriage, knew they could never have children, as the risk was too high. But what could they do? They had fallen in love, and decided to marry anyway. Not having children was the price they were willing to pay to stay together. But they continued to search for a method that would work for them, and hearing about Shaare Zedek’s groundbreaking research, they flew to Israel for treatment.

Needless to say, they now have a healthy child.

In another unusual story, Shaare Zedek treated a couple afflicted with a form of dwarfism. Research at other hospitals had determined that it’s basically impossible to help such couples conceive a child, much less a healthy one. Yet today, there is a healthy child walking around Jerusalem, who will grow to normal height. 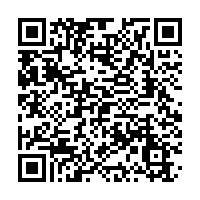