Every day, the Israeli-based NEVET organization distributes over 11,000 sandwiches to school-aged children, who otherwise would be forced to go through their school days battling hunger. Providing this service for the past eight years, the organization is motivated by the belief that a nutritionally satisfied child is less likely to misbehave and more likely to succeed academically. Based on a recent survey released by the organization that hypothesis is now backed up by statistics.

“Any parent or teacher knows that a hungry child is likely to be restless, act out and underperform in their studies but the extent to which reversing childhood hunger can positively impact school behavior was remarkable,” explains Rotem Yosef-Giladi, CEO of NEVET. “Providing a healthy sandwich not only makes the student better behaved but directly contributes to a better overall environment for the school and better health for the student, which benefits everyone.”

The survey, which was conducted among principles in schools that participate in the NEVET program, reported an overwhelming 96 percent of schools experienced significant academic and behavioral improvement since the sandwich program was implemented, with 89 percent reporting higher attendance, indicating that the children looked to the school to provide them with food for the day.

The program has been shown to have a positive impact on relationships between students as well as between students and teachers. “There was one particular student who would spend his recess alone because he didn’t have anything to eat when everyone else was eating,” noted a principal from Ramla. “Having this sandwich to eat also gives the student self-confidence and the ability to feel part of the group.”

“Every single principal surveyed responded that they believe that this type of initiative needs to exist across the board in all Israeli educational frameworks,” Yosef-Giladi said. “The conclusion is that rectifying weak educational systems and addressing childhood delinquency isn’t always an issue of overhauling the system or finding new teachers or facilities. By implementing a universal school breakfast program, something we are working towards on a national governmental level, we can address so many of these challenges and get more students on the path to success.”

Universal school breakfast programs already implemented in the United States have indicated improved class attentiveness and a reduction in disciplinary problems, creating a more cost-effective way to improve student learning and test scores rather than making other more costly changes such as smaller class sizes. Further highlighting that the school breakfasts improve academic performance, researchers followed the education trends during the summer as well, noting that lower-income students, those who did not have a healthy breakfast or lunch, faced “much more significant ‘summer slides’ (learning loss) than peers”.

“Investing in children now with a simple and healthy sandwich saves the government millions of dollars down the road,” explained Yosef-Giladi. “By addressing healthy eating habits at a younger age, in schools, obesity and other health-related illnesses and costs are dropped significantly down the line.”

The NEVET program is currently in place in 238 schools around Israel and utilizes volunteers from within the schools, typically from the teaching staff, to discretely distribute the sandwiches to children who have been identified as facing a particular need. The vast majority come from homes facing major economic challenges or where children are being deprived of proper nutrition because of domestic unrest or other issues. The organization is currently in the first phase of a pilot program with the Ministry of Education, providing school meals for 1600 at-risk students from 73 youth departments in 7 districts, mainly in the periphery. Phase two is set to begin in September 2022. 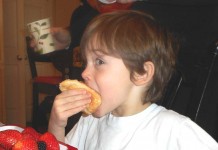 ‘Give Another Sandwich’ Campaign Combats Hunger in Israeli Schools 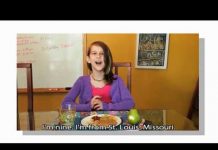