Following a marathon debate, and after all the reservations had been rejected, the Knesset plenum overnight Wednesday passed the 2019 State Budget and the accompanying Economic Arrangements Law in their second and third readings.

The Arrangements Law is a government-sponsored bill presented to the Knesset each year alongside the State Budget Law, incorporating government bills and legislative amendments that are needed in order for the government to fulfill its economic policy.

“This is the most social-welfare minded budget in the state’s history, which reflects our social values and our national priorities,” said Finance Minister Moshe Kahlon (Kulanu) before the votes. The budget, he said, “projects to the entire world that the Israeli economy is one of the most stable and strongest economies in the world.”

Opposition leader MK Isaac Herzog (Zionist Camp) said passing the 2019 budget in March of 2018 “shows a lack of seriousness and perhaps a lack of faith in the government itself.”

“It all stems from a political whim,” he suggested. “Anyone who has been a member of any government knows how ridiculous it is.” 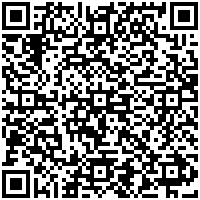