A Geocartography survey published Sunday awards Naftali Bennett’s Habayit Hayehudi its highest ever score, should the Knesset election have been conducted last week: 20 seats – compared with its current 8 seats. The former NRP’s highest election yield to date was the 2013 vote for the 19th Knesset, 12 seats. Twelve has been the highest number of seats the historic NRP has ever gained since the inception of the state.

Geocartography, headed by Prof. Avi Dgani, is a leading research institute in Israel. Its latest survey was conducted over the phone on December 19 and 20, using a representative sample of 600 respondents, including Arabs, with a margin of error of 4.2%.


The biggest winner projected by the Geocartography poll is Yair Lapid’s Yesh Atid, which wins the day with 27%. When it ran for the first time, Yesh Atid filled up the ever-present undecided void at the center of Israel’s politics, with 19 seats, losing out to the Likud-Yisrael Beiteinu combined list that received 31 seats. But in the next elections, Lapid’s party sank to 11 seats—a fate common to all of Israel’s vacuum-filling parties since 1977. Still, managing to survive a low term and come out the winner would be a first in Israeli politics – at least as exciting as the unexpected Habayit Hayehudi projection of 20 seats.

The Habayit Hayehudi high yield followed an announcement by Bennett that as soon as Prime Minister Netanyahu retires, he, Bennett, sees himself as the most qualified leader to take his place. Of course, although his statement sounded deferential – he would not grab the reins from Bibi’s hands until Bibi decides to go, six separate police investigations may suggest that leaving or staying may not be entirely up to him.

The Likud is projected to lose six seats, coming in second with only 24 and with a trail of corruption—alleged and proved that would likely sentence it to a term on the opposition benches. It should be a season of rebuilding for the Likud team, hopefully with a new coach.

Another big loser is Avi Gabai’s Labor party, a.k.a. the Zionist Camp, projected to lose 10 seats and receive only 14, should the next elections were conducted last week.

Moshe Kahkon’s Kulanu will sink from 10 to 7 seats, possibly losing its capacity as king maker in the next coalition talks.

Two parties are projected to hold on to their stagnant position in Israeli politics: Zehava Galon’s Meretz on the left and Avigdor Liberman’s Yisrael Beiteinu on the right will both have to live with the same five seats they each enjoy today.

Haredi voters are also projected to provide stunning surprises: United Torah Judaism will move up from six to nine seats, while the Sephardi Haredi party Shas will not pass the threshold vote and disappear from the political map after some 35 years.

Another major loser would be the Joint Arab List, projected to go down from its current 13 seats to 9.

It should be noted that, despite his projected win, Lapid may find it difficult to forge a coalition government because two of his natural partners – Labor and Kulanu – have vowed not to join him. Lapid would then have to look to his right for partners, and could end up with a coalition government in which he marks the left, with Likud and Habayit Hayehudi able to vote him down on critical foreign affairs and security issues. 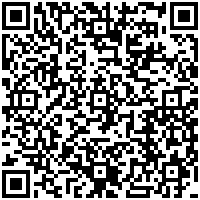