A bill proposed by MK Bezalel Smotrich to regulate budding “young settlements” in Judea and Samaria has cleared its first hurdle in the Knesset plenum, passing its preliminary reading in a vote of 60-40.

“This is the first victory for the young settlement. But this is only the beginning,” Smotrich said.


“We will have to pass this law in three readings as early as next week and at a government decision tomorrow,” he said.

“Mr. Prime Minister Netanyahu, you have the ball. Do not allow [Alternate Prime Minister Benny] Ganz to bring anything to the government without it.” he added.

If passed, the bill would connect new outposts to the Israeli national electricity grid and water infrastructure, making life infinitely easier for their residents.

Ganz, who is chairman of the Blue and White faction, permitted four of his party MKs to vote for the measure when they expressed their support.

It is likely the bill will pass, since there is a majority of right-wing factions in the Knesset to vote for the measure. 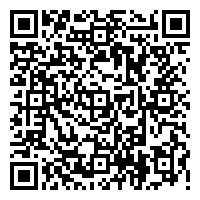