Iranian-backed Shi’ite militias operating in Syria have been using children as human shields and as operatives.

A study by the Israeli Alma Research and Education Center revealed that Iran’s Islamic Revolutionary Guard Corps (IRGC) established training centers for children under the age of 16, with the objective of deploying them on the battlefield.

All the centers are located in the city of Al Mayadin and its outskirts, in proximity to the border with Iraq, and are named the “Elnour Al Sateh” Center, the “Al Shadoukhi” Center, and the “Al Basira” Center.

The “Elnour Al Sateh” Center was established in September 2019, headed by Sayyed Ayoub and Sayyed Mahdi, Iranian civilians with a good command of the Arabic language.

Abu Assed, an IRGC-affiliated citizen from the village al-Huij, east of Deir a-Zur, assists them. Approximately 250 children aged 13-18 train in this center.

The “Al Shakhoudi” center was established in May 2019 and is headed by Hajj Ibrahim, an Iranian citizen as well. Hajj Ibrahim has two Syrian assistants.

The center trains 70 kids aged 12-15, providing them with basic physical training. The center’s activity is under the patronage of the IRGC’s “Jihad Construction Organization”.

Children who complete the training in this center are then transferred to the “Al Basira” Center for combat training.

The “Al Basira” Center, headed by Hajj Ibrahim as well, is designated for combat warfare training. Children aged 15-18 train in this center. Their numbers are unknown.

Alma said that these centers “brainwash the children with lessons in religion, ideology, and Shiitization.”

Following their training in these centers, the children are transferred to an IRGC center located in an industrial zone in the city Deir a-Zur. From there, they are sent to advanced training and are then assigned to the various militias.

Some have been stationed in the desert area of​​ the Deir ez-Zor district, which constitutes an important section of the traffic and supply axes that make up the land corridor of the Shiite axis that begins in Iran, passes through Iraq and Syria reaching all the way to Lebanon.

Recently, the militias have been suffering many attacks along this route, both from the Islamic State (ISIS) and by airstrikes from unidentified forces. These attacks resulted in the injuries and deaths of dozens of militia activists.

The Iranian’s use of children on the battlefield has been known since the Iran-Iraq war in the 1980s.

“The Iranians are aware they are working with a captive and easily malleable ‘audience,’ in terms of education in ideological and religious extremism,” Alma pointed out.

Usually, the children and the Syrian youth drafted by the IRGC come from extremely poor families, which are unable to prevent their draft, or even encourage it, viewing it as their children’s “last resort” in terms of escape from poverty. The IRGC is well aware of this and takes advantage of it. 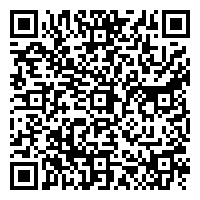