The Knesset plenum on Monday gave final approval to an amendment to the Passports Law (1952) that will enable new immigrants to obtain Israeli passports immediately upon arrival, even if they don’t live in Israel full-time.

Previously, an immigrant had to wait a year before being issued an Israeli passport, and only on condition that Israel is the new immigrant’s primary place of residence. During that time immigrants were entitled to a temporary travel document.


Under the new legislation, the Interior Minister will not be able to reject the request for a first passport submitted by an Oleh who was granted Israeli citizenship by virtue of the Law of Return on the grounds that the Oleh has yet to settle in Israel.

The final law was passed with 26 yeas and no objections or abstention.

The preamble of the bill, which was submitted by MKs Oded Forer and Yulia Malinovsky of Yisrael Beiteinu, says the change would ease foreign travel during the first year for new immigrants with families that live abroad.

During a recent meeting in which the Internal Affairs Committee approved the bill for a final plenary vote, MK Forer said that, after a while, some immigrants give up trying to obtain an Israeli citizenship – because they do not receive an Israeli passport. “They say, ‘So I’m not Israeli. I’ll stay in France,’ or in any other country. From now on, any person who makes Aliyah to Israel is just like any other citizen who applies for a passport.”

Eli Levy of the Population and Immigration Authority said that currently, after a new immigrant applies for a passport, the state checks to see how he/she has settled in the country. “Our concern about the amendment stems from the fact that the purpose of the Law of Return is to have the immigrant settle in Israel, not get his/her citizenship and then travel around the world with an Israeli passport,” Levy explained.

In addition, Levy said, “in the 1990s, European countries informed us about Israeli citizens with Israeli passports who were engaged in criminal activity, which affects our visa agreements with those countries.”

The head of the Foreign Ministry’s consular services unit, Eyal Siso, noted that currently some 500 Israeli citizens are being held in prisons outside the country – and most of them are not new immigrants. 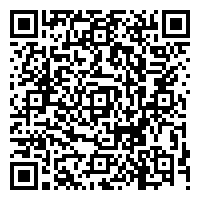