Earlier this week, Meretz Chairperson MK Zahava Gal-On had a severe case of hoof and mouth disease when, while speaking to the Army Radio, she said it would be intolerable for Israel’s future to be decided by a bunch of “Yehudonim from Brooklyn.”

“Yehudon” was accepted by early 20th Century Hebrew translators as a proper literary substitute for the Polish slur “Zhid.” Over the years, as the culture expanded and Palestinian and later Israeli Jews wished to express contempt for Diaspora Jews, “Yehudon” took its place in the living language in the context of a court Jew, a weakling Jew, a money-grubbing Jew – but from a very particular, Sabra, point of view.


Over time, the left in Israel began to use the term “Yehudon” to express their loathing for the ultra-Orthodox (settlers have been dubbed “Mitnachlon”), reawakening the original, anti-Semitic roots of the word.

At the same time, there have been references – especially in stormy online forums – where the right has been naming Israeli leftists “Yehudonim,” depicting them as gutless servants of the EU. The somewhat pathetic members of the Neturei Karta sect serving the Palestinian cause have been getting the Y-bomb from both sides.

Gal-on’s unfortunate use of the Y-word came during a discussion of new pending legislation, which the right is hoping to use in restraining Israel’s hyperactive high court. The current version requires a majority of 65 members of Knesset to overturn a Supreme Court decision. Gal-On was outraged.

First, on the eve of Yom HaShoah, she equated the possibility of a future right-wing majority overturning a Supreme Court decision with the Nazis’ method of wielding a thin, but oppressive parliamentary majority to enforce mob rule.

Then she really stepped in it.

“If 10 Knesset seats are enough to change how Israel decides whether to go to war with Iran or not, organized groups will come from Brooklyn and get the right to vote. All the decisions about life and death here, whether to evacuate the territories, whether to authorize outposts, those people sitting in New York or Brooklyn will decide for us?”

And here is where she kind of lost it: “Groups of Yehudonim…” and a quick fix, no apology: “Yehudim, organized in the Diaspora, will decide how we live here?” Gal-On proceeded, perhaps concerned that whatever she had said that day, right or wrong, would be ignored to make media room for the faux pas.

Israel’s mainstream media didn’t make much of the incident. Perhaps they were too busy destroying the career of an IDF officer who was caught on YouTube restraining a crowd of pro-Palestinian trespassers.

The Meretz MK was quick to come up with the conditional apology, the modern politician’s way of saying she did nothing wrong, but if anyone decides to feel hurt, she’s sorry for them. “I don’t know how it happened, and I corrected myself immediately,” she stated. “If somebody was hurt, I apologize. Don’t analyze this or start to give it any hidden meanings.”

A spokesperson for Yisrael Beytenu Anglos – supporters of Foreign Minister Avigdor Liberman’s party – told The Jewish Press that it actually makes sense to try and assess those hidden meanings, because, as that renowned ‘Zhid’ psychiatrist Freud said, there’s no such thing as a coincidence.

“As Anglos in Israel we are outraged by Gal-On’s disgraceful comments. These type of comments should not pass without strong condemnation and we call for a complete retraction and full apology, especially when our friends and relatives in the Diaspora are disparaged in such an ugly manner. Furthermore, the lack of outrage by Gal-On’s ideological compatriots demonstrates the abject hypocrisy of those who constantly try and stifle the Nationalist Camp’s freedom of expression while ignoring the incitement amongst their own.

“In addition, her invocation of the Holocaust for political point-scoring is unacceptable and should not be part of acceptable discourse. These comments, taken as a whole, reflect very badly on Gal-On and her party and should be remedied immediately.”

Nevertheless, we hardly believe Gal-On’s poor offensive words would cost her even one vote among the readers of this website…

Yisrael Beytenu Anglos is the division of the Yisrael Beytenu party for the English-speaking community in Israel. Their Facebook page is www.facebook.com/beytenuenglish 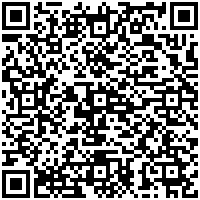