Israel has reworked its Motor Vehicle Licensing regulations, allowing new immigrants who have had a driver’s license for five years or more to swap it for a new Israeli license without having to take a driving test.

In a video sent to the 32,000-strong membership of KeepOlim NGO, which is devoted to keeping new immigrants in Israel, Transportation Minister Yisrael Katz confirmed, “If you have had a driving license for a private vehicle or a motorbike for at least five years, soon you will be able to get an Israeli license without taking a control test. You just fill out a form for an Israeli license, including medical tests, send everything to us, and you will receive an Israeli license.”

In the past, swapping a foreign license for one in Israel has also included a requirement for at least one formal driving lesson – and often many more, as well as an expensive Israeli road test. Driving lessons are expensive too; but in addition, often new immigrants were either made to wait months before getting an appointment for the road test, or were failed automatically on the first round, forcing them to pay double in order to do it again.

The KeepOlim organization took the issue to the Knesset, and didn’t give up until it was dealt with.

The Ministry of Transportation finally made the announcement last week, listing it as one of a number of changes being made to slash the notorious Israeli red tape that in the past has snarled up nearly every government office.

According to a spokesperson at the ministry, once the changes are implemented, waiting times are expected to be a maximum of 15 minutes and in most cases Israelis will be able to accomplish their tasks without ever having to go to the Authority office at all. 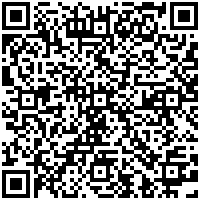