A bill that would limit Israeli prime ministers to a maximum of eight years in office has cleared the Knesset Constitution, Law and Justice Committee and is heading to the Knesset plenum for its second and third (final) readings.

The measure was proposed by Justice Minister Gideon Sa’ar, head of the “New Hope” party and a former member of the Likud headed by Opposition leader and former Prime Minister Benjamin Netanyahu, with whom Sa’ar had numerous differences.

Sa’ar is also working on a bill that would prevent a candidate for running for prime minister if he has been indicted for a crime that carries the charge of moral turpitude and a minimum three-year prison sentence.

Such legislation would prevent Netanyahu from ever running again, since he currently faces corruption charges in three separate court cases. The former prime minister has denied wrongdoing in all three cases.

If the proposed term limit legislation approved, the bill would force a prime minister to step down after eight consecutive years in office. It would also prevent a candidate from becoming prime minister if they have served two terms in office separated by a maximum of three years in between.

However, the proposed eight-year limit does not apply if there is a gap of more than three years between the two terms.

The Likud has denounced the proposed measure, saying it is an effort by the current government to prevent Netanyahu from regaining the prime minister’s seat.

Netanyahu was the longest-serving prime minister in the history of the State of Israel, having served in the office for 12 consecutive years that ended last June (2021) in addition to a prior term served from 1993-1996. 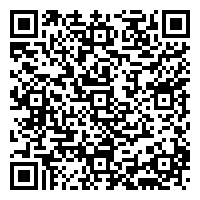