Rebbetzin Hecht joined her her late husband, Rabbi JJ Hecht, obm in founding the National Committee for Furtherance of Jewish Education (NCFJE), and was the matriarch of a large Chabad-Lubavitch family.


Among her many accomplishments, Rebbetzin Hecht (nee Lasker) established Camp Emunah, the first Chabad-Lubavitch overnight girls’ camp, which she continued to run until her passing.

She was also one of the first teachers in the Beis Rivkah Girls’ School in Crown Heights.

She is also survived by her sister Mrs. Tzipa Goldberg of Boro Park.

The funeral is set for today, Tuesday, passing by 770 Eastern Parkway at 2:45 pm and then NCFJE. Burial in Montefiore Cemetery in Queens. Campers and students are asked to participate to pay their respects.

A live stream of the funeral can be seen by clicking here. 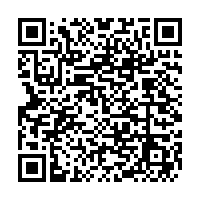