Incoming Prime Minister Benjamin Netanyahu reassured Knesset lawmakers on Tuesday that there will be no changes made to Israel’s Law of Return. Israel will “be a state where we will take care of all Israeli citizens without exception,” he said during remarks in the Knesset plenum.

The Likud party led by Netanyahu will not agree to cancel the “grandfather clause” in the Law of Return, according to a report by the Hebrew-language Walla! News outlet.

The so-called “grandfather clause” declares any person with at least one Jewish grandparent to have the right to immigrate to Israel under the Law of Return – even if they themselves are not Jewish according to Jewish law (halacha), that is, born to a Jewish mother.

Members of the upcoming opposition in the Knesset are opposing any attempt to cancel the “grandfather clause,” particularly the Yisrael Beytenu party led by Avigdor Liberman. A large percentage of that party is comprised of members who were able to immigrate to Israel based on the clause.

Instead, Likud offered to form a committee to prevent those who are not eligible from exploiting the benefits given to new immigrants.

As it happens, any amendment to the Law of Return would be unlikely to affect the vast majority of those making aliyah from the United States, according to a report published Tuesday by The Jerusalem Post.

Data obtained from the Jewish Agency and analyzed by Dr. Netanel Fisher, head of the Department of Public Policy at the Academic Center for Law and Science, show that very few Americans came to Israel using the “grandfather clause,” the news outlet reported.

The data was compiled from a study on US immigration to Israel from 2010 to 2021 that was conducted by Fisher but which did not include information on those who made aliyah directly from within Israel.

Just 67 new immigrants who made aliyah under the “grandfather clause” in the past ten years came from the United States, Fisher said. The figure equals less than one percent of the approximately 21,000 US immigrants who came to the Jewish State during that period.

“The discussion about the Grandchild Clause is not relevant at all to immigration from the US,” Fisher said.

However, as The Jerusalem Post pointed out in its report, many American Jewish leaders now have non-Jewish grandchildren who might not be able to immigrate to Israel in future years.

Moreover, because close to 90 percent of American Jews do not identify themselves as Orthodox, there is a greater likelihood of intermarriage with non-Jews, thus leading to the possibility they may no longer be eligible for the Law of Return within another generation.

Israel ‘Won’t Be a Halachic State’
Netanyahu also promised not to change the religious-secular status quo in the country, and not to stop the production of electricity on the Sabbath.

“I want to reassure you – there is and will be electricity on Shabbat, there are and will be bathing beaches for everyone,” he said. “We will maintain the status quo — everybody will live according to their own beliefs.

All of Netanyahu’s coalition partners are Torah-observant parties who are negotiating to tighten laws relating to Jewish life.

A partial list of coalition demands made by United Torah Judaism party (UTJ) reported Monday by Israel’s Channel 12 News allegedly included passage of a law to regulate the exemption of ultra-Orthodox youth from enlisting in the army, banning production of electricity on the Sabbath, increasing the number of separate-gender beaches, and requiring more religious studies in the state’s secular school system. 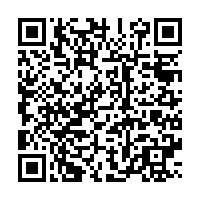