“New Hope” party chairman and Deputy Prime Minister / Justice Minister Gideon Sa’ar published a proposal on Tuesday for a new bill to prevent anyone under a ‘serious indictment’ from forming a government and one to set term limits.


Under the measure, which would go into effect with the next Knesset, anyone indicted for a crime carrying a penalty of three years’ imprisonment or more could not be assigned the task of building a government coalition – nor could he serve as an alternate prime minister.

“It is our duty to establish better regime arrangements for the future, which fortify Israel’s values as a Jewish and democratic state,” Sa’ar said in a statement. “We have a duty to prevent the recurrence of the situation that the State of Israel experienced until recently.”

Netanyahu’s political future is certain to be affected by the bill if it passes; however, there is a loophole that allows for the measure to be overturned with the vote of an absolute Knesset majority of 61 votes – which would allow Netanyahu to then proceed with forming a government.

In response to the proposed bill, Netanyahu’s Likud party said, “Gideon Sa’ar, who is scraping the bottom of the electoral threshold in all polls, proposes an Iranian-style anti-democracy law that seeks to disqualify those who receive 35 seats in polls and [have] the support of millions of citizens as their prime ministerial representative.”

Prime Minister Naftali Bennett, chairman of the Yamina party, has not expressed an opinion thus far.

The bill to set term limits would not affect Netanyahu, since the eight-year limit for prime ministers is not retroactive.

“Bue and White submitted [this] bill, which is a fundamental part of the party’s platform, in every one of the recent Knesset forums,” Defense Minister Benny Gantz tweeted in support of the measure.

“We will do everything necessary so that the bill passes and becomes a law of the State of Israel,” he wrote. 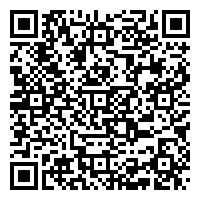