Jerusalem Arabs hurled rocks at police near the Damascus Gate entrance to the Old City of Jerusalem, and several local buses, including an Egged bus, prompting passengers to huddle on the floor of the vehicle as a means of protection from the attack.

Windows on the bus were smashed in the attack.


Eleven arrests were made, and 17 people were injured in the melee that took place between Arab attackers and Israel Police.

An Israel Police officer – targeted with bricks — was among those hiding on the floor of the bus, according to reporter Yoni Ben Menachem.

Miraculously, there were no physical injuries.

Egged said it plans to reroute bus lines that travel to the Western Wall and pass through the Damascus Gate, due to the stone throwing.

“In recent weeks, Egged buses have been under violent attack by stone throwers in the Nablus Gate area,” Egged spokesman Ron Ratner said in a statement.

“Due to the fact that there is a danger to lives that could harm the passengers, it was decided, in those cases of violent attacks, to drop off the passengers in front of the Western Wall station to ensure their safety.” 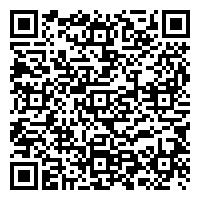