The High Court of Justice by a 10 to 1 vote on Wednesday invalidated the appointment of Shas Chairman Aryeh Deri as a cabinet minister in Benjamin Netanyahu’s coalition government. The ruling states that “the appointment was extremely unreasonable,” due to his criminal convictions as well as “his presentation to the magistrate court that sentenced him [in a plea deal for tax evasion charges], according to which he was retiring from political life” after which Deri went on to lead his Shas party to a resounding 10-mandate victory.

Deri was then sentenced to three years probation.

The 10 Justices were careful not to attack the recently amended criminal code that clarifies there was no disgrace attached to Deri’s conviction because the sentence was three-year probation rather than real-time in prison. Had they annulled the amendment, they would have stepped into the area of revoking constitutional law – and taken down Justice Barak’s three decades’ worth of arguments that Israel’s basic laws are its constitution.

Deri’s appointment was rejected by 10 out of 11 High Court judges on two main grounds (which they split among them in their opinions). 1. It was extremely unreasonable; 2. Deri is bound by the commitment he made to the magistrate court to retire from political life – a legal term known as judicial estoppel, precluding a party from taking a position in a case that is contrary to a position it has taken in earlier legal proceedings.

President Hayut elaborated: “This is a person who was convicted in the past of very serious crimes, committed while he was holding public office. He served an actual prison sentence for them and returned to political life, but he resumed his criminal behavior and committed tax offenses while serving as a member of the Knesset. For these offenses, he was convicted only recently by a final verdict, and in the sentence, it was stated, based on his own statements, that he would no longer deal with public funds.”

Justice Yosef Elron held the minority opinion that Minister Deri’s appointment should be left intact, conditioned on Netanyahu asking the Chairman of the Election Commission to determine whether the probationary sentence against Deri carries with it a disgrace, which would force him to stay away from holding public office for seven years.

According to sources in Shas, Deri does not intend to resign from his post. If the PM wants him out, he would have to fire him.

Netanyahu has two options at this point. He can offer Deri the position of deputy prime minister, which may be met with new appeals to the high court, but would gain him some time; or give Minister Levin the go-ahead to pass one of his proposed laws, the one that cancels the court’s freedom to employ the doctrine of “extremely unreasonable” government action, which has been abused to no end, allowing judges to step on perfectly legal government moves because they appeared “unreasonable,” as in the Deri ruling today.

Shas leaders, like Minister of Labor, Social Affairs and Social Services Yakov Margi, made no bones about it: if Deri is out, Shas is out. And if Shas is out, Netanyahu is down to 54 mandates. Stuff this in your yarmulke and smoke it. Shas MK Avraham Bezalel threatened Tuesday night: “If the High Court rules to disqualify him, they will be shooting themselves in the head.” He added: “They know the sensitivity that’s happening right now, they understand where the public is. We know the protests and see what’s been happening on the street in recent weeks.” 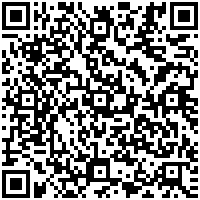