Twitter on Monday suspended the account of MK Bezalel Smotrich (Habayit Hayehudi) because of a violation of user rules. “You violated our rules prohibiting offensive behavior,” the bot message in the MK’s account read, adding that “we’ve temporarily restricted some of the features in your account. So what’s happened? We’ve determined that this account violated Twitter’s rules.”

The temporary suspension of the account followed a tweet posted Sunday, in which the MK said the Arab girl Ahed Tamimi who slapped, hit and cursed an IDF soldier should have taken a bullet instead of the prison sentence she received.

Responding to a video uploaded by reporter Yinon Magal, Smotrich tweeted: “I’m really sad, Yinon, that she’s under arrest, I think she had to take a bullet, at least in the knee, which would have put her under house arrest for life.”

To which Twitter responded: “You are not allowed to be involved in the deliberate harassment of a person or to incite others to engage in such behavior.”

“When there are such confrontations with boys and girls who are not afraid to confront the soldiers, the deterrence of the IDF disappears (if children are not afraid then certainly older terrorists are not), and then we get stabbing and shooting attacks by a single terrorist we have no way to prevent (because there is no infrastructure that enables intelligence gathering in advance).

“So an event like the one seen in the video is serious and dangerous, and its consequences are murder and injury.

“In order to prevent the next murder, it is very much justified to act in any way to restore the IDF’s deterrence against the terrorists in Judea and Samaria, and if it were up to me, every such encounter would have ended with a sharp and painful outcome. After a few of them become wheelchair users for the rest of their lives, there are likely to be fewer who dare to do so and deterrence would be restored.

“Ahed Tamimi is not an innocent ‘girl’ whom I want to shoot in vain. She is a terrorist whose activities harm security and endanger the citizens of Israel. 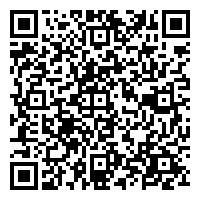