Some of the IDF soldiers and officers who took part in controlling demonstrations on the Gaza border in recent weeks, who have been summoned for an interrogation by the General Staff investigation unit headed by Brig. Gen. Moti Baruch – or those who think they will be summoned later – have already sought legal counsel, Ha’aretz reported Monday.

The investigation team is looking into cases in which there is suspicion of “excessive interpretation” of the rules of engagement, such as the shooting of Yasser Murtha who was wearing a vest with the word “Press,” and the death of 15-year-old Mohammed Ayoub.


The shooting of members of armed squads who were on their way to carry out attacks will not be investigated by the team. In those cases the IDF Southern Command will be satisfied with a routine command operational inquiry.

The investigation team will not only examine the use of gunfire during the demonstrations, but also the readiness of the soldiers for operational activity in terms of the training they received ahead of the specific crowd control missions. The team is expected to evaluate whether the IDF brought the soldiers to the fence after they had fully understood the mission and prepared it properly.

According to IDF protocol, the General Staff debriefing documentation remains in the hands of the army and can’t be used against the questioned soldier or officer should indictments be filed or a criminal investigation is later launched by the military police. 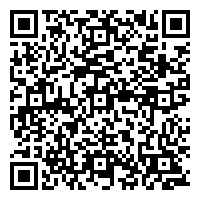