Bahraini Foreign Minister Abdullatif bin Rashin Al Zayani will arrive Wednesday for his first visit to Israel. US Secretary of State Mike Pompeo will be arriving on the same day.


Pompeo is expected to stay through Friday.

During his visit, Pompeo has made plans to visit the Jewish community of Psagot, where the Psagot winery named a wine for the Secretary.

This one is a blend of Cabernet Sauvignon, Shiraz and Merlot, with a label that bears the name “Pompeo”, as a gesture of “hakarat hatov” — thanks and appreciation — for having announced that the United States does not view Israeli communities beyond the 1948 Armistice Line (the so-called “Green Line”) as illegal.

That decision upended a long-held US policy which quoted a 1978 State Department legal opinion that deemed those communities to be illegal in “accordance with international law.”

Pompeo’s move was welcomed by many the State of Israel and certainly nearly all Jerusalem officials; but it was slammed by nearly as many in the international community and most citizens in the Palestinian Authority.

The special label in honor of the Secretary will be used on several Psagot Wines. 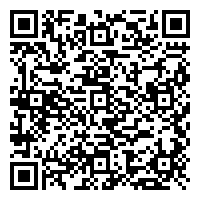