The Dubai Police Department officially denied that two Israelis are being detained in the city, dismissing the rumor as “incorrect.”

The clarification came in response to so-called “fake reports” by Hebrew-language media that two Israelis were arrested for having photographed a government facility.

The report quoted “officials in the Jewish community in the UAE” who allegedly confirmed details of the incident, and said the case is under investigation.

The accords that were signed in Washington DC were later officially adopted on October 20 at a special ceremony in Tel Aviv attended by Israel’s Prime Minister Benjamin Netanyahu, US Treasury Secretary Steven Mnuchin and two ministers from the United Arab Emirates.

The peace treaty between Israel and the UAE enables the citizens of both nations to travel to and from each country without the need to obtain an entry visa. It is the first such agreement of its kind to be signed by an Arab nation with Israel.

In addition, the treaty opened the way for direct flights between both countries, and the ability for each other’s national carriers to fly through their mutual air space. This is a major aviation breakthrough that shortens routes by several hours for each, thus cutting costs and building their mutual economies, in addition to the numerous other business, science, medical and other agreements being launched between the two nations. 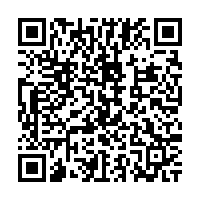