According to Hebrew-language foreign affairs investigative reporter Barak Ravid, “an Israeli bizjet made a direct flight this morning from Tel Aviv to Khartoum. The jet is making its way back right now. This is a very very unusual flight.”

BREAKING: Amid negotiations between the U.S., Sudan and Israel on a possible normalization move an Israeli bizjet made a direct flight this morning from Tel Aviv to Khartoum. The jet is making its way back right now. This is a very very unusual flight pic.twitter.com/n6A54pMuKl

This is the second time there has been such a flight; the previous time, the flight was dedicated for medical assistance to Sudan from Israel.

Israel officials predicted Wednesday that the United States would announce another deal to establish diplomatic ties between Israel and a Muslim-majority or Arab nation before the American presidential election next month.

Regional Cooperation Minister Ofir Akunis said in an interview with Galei Tzahal Army Radio Wednesday morning, “I have a reasonable basis upon which to believe that the announcement will be made before November 3. That, if you will permit me, is what I understand from my sources,” he said.

President Donald Trump agreed to lift Sudan from the US list of foreign state sponsors of terrorism after Sudan compensated American families of victims of terror.

On Tuesday, Sudan said it completed a transfer of $335 million in compensation payments to US families of victims of terrorist attacks; within hours, Trump said he would make good on his promise to remove Sudan from the US blacklist.

There was no mention of an agreement to make peace with Israel as part of the deal between the US and Sudan, although the US has repeatedly pressured Khartoum about the matter.

Foreign Minister Omer Qamar Aldin told reporters on Tuesday, however, that there was no link between being removed from the terror list and the possibility of a normalization agreement with Israel. 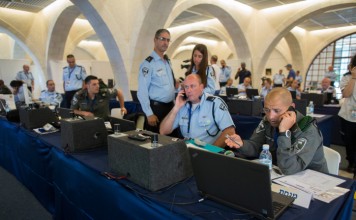 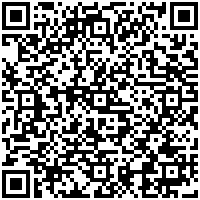