The United Arab Emirates has submitted a formal request to open a diplomatic embassy in Israel as quickly as possible, according to the Foreign Ministry, which said a letter was sent to Foreign Minister Gabi Ashkenazi by his Emirati counterpart, Foreign Minister Sheikh Abdullah bin Zayed bin Sultan Al Nahyan.

“I cannot but fully appreciate all the efforts you are making in order to promote cooperation between our countries,” Sheikh Abdullah said in the letter.


“I have full confidence in your support for opening the diplomatic missions in Tel Aviv and Abu Dhabi as soon as possible.”

The letter was forwarded to Ashkenazi during a meeting with a high-ranking Gulf delegation.

Among the agreements signed by Israel and the UAE this week was one that allows reciprocal visa-free travel, making the citizens of the United Arab Emirates the first in the Arab world who are not required to present visas for entry into the Jewish State. 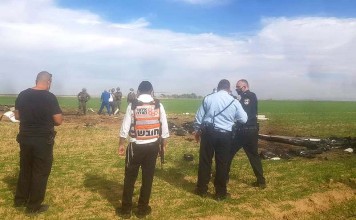