The United Arab Emirates has been targeted by cyber attacks since signing its peace accords with Israel, the UAE cyber security chief Mohamed Hamad al-Kuwaiti said Sunday during a conference in Dubai.

“Our relationship, for example, with the normalization with Israel really opened a whole huge [set of] attacks from some other activists against the UAE,” he said while being interviewed onstage, according to a Reuters report posted by the Dawn news site.

The cyber security chief did not identify the perpetrators; he said the financial sector was targeted but did not go into detail, nor did he say whether the attacks were successful.

Kuwaiti did tell the conference, however, that the number of cyber attacks in the UAE increased sharply after the start of the coronavirus pandemic. He added that traditionally, many attacks in the region originate from Iran, but did not specify who is behind them. 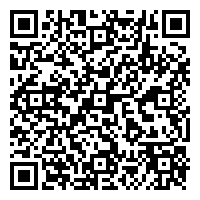