(JNS) The U.S. administration’s negotiating team of Jason Greenblatt and Jared Kushner left the Middle East last week after gauging interest in a new U.S.-backed peace plan to the longstanding Israeli-Palestinian conflict with top government officials in Israel, Jordan, Egypt, Qatar and Saudi Arabia. Notably absent from the schedule were officials from the Palestinian Authority, who continue to boycott the administration following the announcement by President Donald Trump last December that the United States officially recognizes Jerusalem as Israel’s capital.

The current peace plan (details have not yet been made public) is believed to be based on many of the principles established during the 1993 Oslo Accords, which were intended to lead towards the creation of a two-state solution to the conflict.

Yet it is the same Trump administration that has publicly challenged the merits of decades of U.S. policy calling specifically for a two-state solution.

During a joint press conference with Israeli Prime Minister Benjamin Netanyahu in February of last year, Trump had said, “I am looking at two-state, and one-state, and I like the one that both parties like. I can live with either one.

“I thought for a while the two-state looked like it may be the easier of the two,” said he continued. “But honestly, if Bibi, and if the Palestinians, if Israel and the Palestinians are happy, I’m happy with the one they like the best.”

David M. Weinberg, founding vice president at the Jerusalem Institute for Strategic Studies (JISS), tells JNS that when it comes to moving forward on peace between Israelis and Palestinians now 25 years after the signing of the Oslo Accords, “the old Clinton/Obama parameters are dead.”

A study released in June by the American Jewish Committee indicates that 48 percent of Israelis currently oppose the creation of a demilitarized Palestinian state, with only 44 percent in favor.

Similarly, a joint poll released in January by the Palestinian Center for Policy and Survey Research and the Tami Steinmetz Center for Peace Research, shows that only 47 percent of Jews and 46 percent of Palestinians support a two-state solution.

Weinberg suggests that “Trump should be given credit for taking a fresh look at what is safe, wise, fair and realistic in today’s Israeli-Palestinian reality.” He similarly expresses his view that any new proposal “will do away with the hackneyed prescriptions of the past and shift the debate towards pragmatic solutions in which all regional parties shoulder responsibility for a settlement.”

As such, proposals for new paradigms, including calls for Israel to extend sovereignty over territories currently occupied by Israelis and the Palestinian Authority, are gaining traction.

Minister of Education Naftali Bennett, whose Jewish Home Party sits on the right of Israel’s political spectrum, has called for Israel to annex Area C of the West Bank—areas of full Israeli military and municipal control—while continuing to allow Arab self-rule in the smaller Areas A and B, where the Palestinian Authority already maintain municipal authority.

Yet even left-wing politicians are calling for Israeli annexations. In May, Knesset member Eitan Cabel of the Zionist Union Party shocked fellow party members by calling on Israel to annex large Jewish “settlement blocs” such as Ma’ale Adumim and Gush Etzion, which combined house more than 100,000 Jewish residents.

Einat Wilf, a former Member of Knesset with the left-leaning Labor and Independence parties, suggests that Israel should annex 4 percent of Judea and Samaria, which Wilf says contains around 80 percent of the Jewish population of those areas.

Under the “80-80” plan she developed along with Shany Mor, a former director for foreign policy on the Israeli National Security Council, Wilf says Israel “will have 80 percent of the territory between the Mediterranean and the Jordan [River] with a solid 80 percent majority of Jewish residents, for generations to come.”

Wilf, author of the new book, Telling Our Story: Recent Essays on Zionism, the Middle East, and the Path to Peace, acknowledges that “this isn’t the peace we envisioned in the 90s” when the Oslo Accords were signed. Her hope is that the 80-80 plan “will earn us the diplomatic support of the important nations of the world, and we won’t be dependent any longer on the Palestinians.”

Yet for some in Israel, pushes for partial annexations are simply variations on the current two-state paradigm. At the forefront of this movement are activists Nadia Matar and Yehudit Katsover, who co-founded the “Sovereignty Movement.”

Matar says that “the Palestinian Authority never kept their side of the Oslo agreements.”

She suggests that several prominent Arabs residents living under Palestinian Authority rule have expressed to her that they don’t want to live in a state controlled by the P.A. and would actually prefer living under Israeli control due to PA corruption, in addition to the greater stability and economic opportunities that Israel provides. She believes that many Arabs quietly share similar sentiments.

In her book, The Israeli Solution: A One-State Plan for Peace in the Middle East, author and columnist Caroline Glick tells JNS that Israel should apply Israeli law to all of Judea and Samaria and offer citizenship to its entire Arab population.

Citing new research indicating that Jewish birthrates are on the rise alongside rapidly falling PA Arab birthrates, Glick suggests that Israel need not worry about the “demographic bogeyman” that Arabs will one day outnumber Jews in the world’s only Jewish state.

Opponents of the sovereignty movement have argued for years that demographics lay at the heart of the need to divide the land between Israelis and Arabs in Judea and Samaria.

Deputy Speaker of the Knesset Hilik Bar (Zionist Union Party), who opposes annexations, tells JNS that “there is no dispute about who these territories belong to [the Jewish People] from a biblical, historical or political perspective.” Yet at the same time, Bar still subscribes to the longstanding demographic threat. “The Jewish people didn’t establish a state to have an Arab majority. We don’t need to be a minority in our own state.”

Bar suggests that “in the future, we can have a catholic marriage [with the Palestinians] with one state and voting rights for everyone, or we can have a respectful divorce, with a strong Israeli state and a small demilitarized Palestinian state.”

Still, the concept of a single state with full voting rights for all of its inhabitants does not sit well with some of Bar’s fellow parliamentarians.

In December, 1,500 members of the ruling Likud Party’s Central Committee unanimously passed a nonbinding party resolution to effectively annex all Israeli communities in Judea and Samaria.

Shortly after the resolution, Knesset Members Yoav Kisch (Likud) and Bezalel Smotrich (Jewish Home), who lead the Knesset’s Land of Israel caucus, introduced a bill calling for the application of Israeli sovereignty over all communities in Judea and Samaria. However, the bill did not receive Netanyahu’s support.

This past May, JNS reported that the Knesset passed the first of three required readings of a proposed “Nationality Law,” which seeks to canonize “Israel as the nation State of the Jewish People.”

The bill calls “to enshrine in the basic legislation the identity of the State of Israel as the nation-state of the Jewish people, as well as add a series of instructions to its constitutional framework dealing with the country’s fundamental characteristics as a Jewish state.”

Katsover of the “Sovereignty Movement” believes that sovereignty will, in fact, be applied over Judea and Samaria at some point in the near future. “The fact that many government ministers and members of Knesset are starting to draft proposals towards sovereignty prove that our idea has become part of the consensus. Ultimately, it’s either sovereignty or two-states, and it’s clear what we have to choose,” she says.

As for Glick, despite the renewed possibilities of a two-state plan being promoted by Kushner and Greenblatt, she believes that Israel should move quickly to change the longstanding two-state paradigm. With the election of Trump, she says, “we now have the diplomatic environment that allows us to secure our long-term interests in Judea and Samaria like never before.” 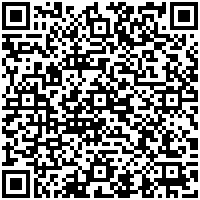