An Iranian-Belgian couple and an Iranian diplomat were arrested in Belgium over the weekend on suspicion of plotting to bomb a Saturday rally of Iranian opposition groups which hosted former NY Mayor and President Trump’s attorney Rudy Giuliani, officials in Brussels said Monday night, the Associated Press reported.


Police estimated that 25,000 people attended the rally held by the National Council of Resistance of Iran (NCRI) in Villepinte, a suburb of Paris, but several other sources estimated the crowd at between 80,000 and 100,000.

The couple, Amir S., 38, and Nasimeh N., 33, were picked up by police on Saturday in the Woluwé-Saint-Pierre neighborhood of Brussels. A search of their car yielded more than a pound of acetone peroxide explosives and a detonator, according to the Belgian prosecutor’s office.

“We can say we arrested them just in time,” a spokesman for the prosecution told The Associated Press.

Acetone peroxide was used in the bombings that killed 32 people in Brussels in 2016.

Two additional men were also arrested in France and in Germany in connection with the bombing plot, the one in Germany “seems to be” a diplomat from the Iranian embassy in Vienna.

Giuliani praised the police for its “fine work” and said the attempted bombing “accentuates the growing sense that the regime that is the biggest sponsor of terrorism in the world is increasingly weakened by constant large demonstrations in over 140 cities.”

The NCRI’s leader, Maryam Rajavi, tweeted on Monday that “EU officials must question the mullahs why their answer to innocent people, from Paris to Khorramshahr and Tehran is to plant bombs and open fire? In the view of Iranians this regime is illegitimate & must go.”

She also tweeted that the Iranian regime’s embassies must be shut down, and the EU’s policy regarding denying visas and expelling hostile Intelligence agents must be implemented. 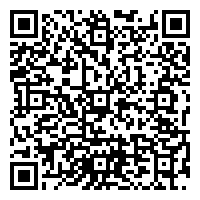