US President Donald Trump announced on Thursday, via his Twitter account: “After 52 years it is time for the United States to fully recognize Israel’s Sovereignty over the Golan Heights, which is of critical strategic and security importance to the State of Israel and Regional Stability!”

After 52 years it is time for the United States to fully recognize Israel’s Sovereignty over the Golan Heights, which is of critical strategic and security importance to the State of Israel and Regional Stability!

Prime Minister Netanyahu phoned President Trump to thank him, also telling him, “You made history.”

Speaking with US Secretary of State Mike Pompeo, who is currently visiting in Israel, and following Us President Donald Trump’s declaration, Netanyahu said:

“Secretary Pompeo, Mike, Susan, Ambassador David Friedman, I’m so excited. We’re so excited, Sara and I, to have you here, but especially on this evening. This is the eve of Purim, and we have a miracle of Purim; we call it Nes Purim.

President Trump has just made history. I called him. I thanked him on behalf of the people of Israel.

He did it again.

First, he recognized Jerusalem as Israel’s capital and moved the US embassy here. Then, he pulled out of the disastrous Iran treaty and re-imposed sanctions. But now he did something of equal historic importance – he recognized Israel’s sovereignty over the Golan Heights, and he did so at a time when Iran is trying to use Syria as a platform to attack and destroy Israel. And the message that President Trump has given the world is that America stands by Israel.

Now, let me add another word about that. We had a moving visit today to the Wall. I can’t resist repeating this, but I’m going to. I said to the Secretary that the last time a Pompeo visited Jerusalem, it didn’t end that well. But this is a different time. Roman Jerusalem clashed over values, with a great tragedy for the Jewish people. But the new Rome, the United States, views itself as a new Jerusalem. We visited the original City on the Hill. We visited the hill.

There is no greater friendship than the one between Israel and the United States, and no one represents it better than Secretary of State Mike Pompeo. You and Ambassador Friedman and your delegation are exceptional champions of our alliance. I’ve called you so many times, on so many things that this evening I just want to say one word—two actually: thank you. Thank you, Mike Pompeo. Thank you, President Trump. And thank you, America.

To the people of Israel, I say:

“We have a Purim miracle here. President Trump has made history. He recognized Israeli sovereignty over the Golan Heights, at a time when Iran is trying to use the Golan Heights as a platform to destroy Israel.

We are marking the miracle of Purim – 2,500 years ago the Jewish people defeated those who tried to destroy it, other Persians, and today just as they failed then, they will fail this time as well thanks, inter alia, to the strong support of the US and its President. We have had no greater friend in our history.” 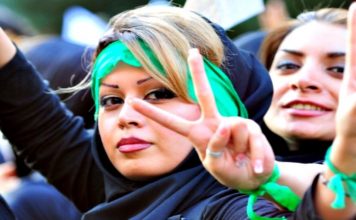 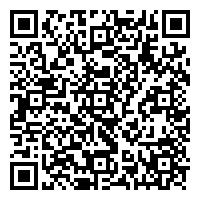