Ami Ayalon, former Israeli intelligence chief, said recently that direct peace talks with the Palestinians are doomed to fail, and therefore Israel’s leaders need to begin moving unilaterally to a two-state solution. The first step would be for Israel to extricate itself from the West Bank to preserve itself as a Jewish-majority state. The only solution, he proposed, is a “two state solution,” a Jewish state alongside a Palestinian one.

However, two Israeli politicians have recently presented their suggestions for settling the ongoing strife between the Israelis and the Arabs in Israel. They both suggest a one state solution, a Jewish state.

MK Uri Ariel, of the National Unity party, presented a plan that centers on the annexation of 100% of the territories in Judea and Samaria, offering the Arabs living there the opportunity to assume Israeli citizenship.

MK Ariel does talk about two states, but he thinks the Palestinian state should be on the eastern banks of the Jordan, where 70% of the population is already Palestinian, alongside a Jewish state on the entire west bank of the Jordan.

The Arabs living in Judea and Samaria would be granted full citizenship after a naturalization process, thus eliminating the creation of a perceived apartheid state that would discriminate against the Arabs. They would enjoy the same status as the Arabs of east Jerusalem enjoy today. From the onset of the process, they will receive social security, health services and all other services enjoyed by any Israeli. They will have a right to vote in their municipal elections, but not yet in elections to the Knesset.

The naturalization process will take five years, as is the case in the United States of America, and will include a test in civics and in Hebrew, and will require a signature on a declaration of allegiance to the State of Israel. After the conclusion of this process, they will gain the right to vote for the Knesset.

“There is great significance that all the Arabs of Judea and Samaria who become a part of the State of Israel will receive the proper services, including a good education, welfare, infrastructure and employment. The law will be maintained there as in the rest of the country. A good economy and proper services are the keys to success,” he said. “There are signs that the Arab population has tired of using terror and of the anarchy which has overtaken them since the Oslo Accords. Experience teaches us that Arabs who retain Israeli citizenship do not want to part with it and all the privileges it entails.”

The current electoral system in Israel would have to be adjusted to the new circumstances. The system will have to be changed to a relative-regional system, breaking down Judea and Samaria into several regions, joining the Arab cities with the various adjoining Israeli regions, thus maintaining the Jewish majority in the Knesset.

MK Ariel is not worried about Arab demography overwhelming the Jewish one. “This is a mistaken idea that we have been threatened with for many years. This tendency has changed, as the Arabs are having fewer children, as opposed to the Jewish birthrate which is constantly increasing. If we take Jewish immigration into account, the Jews will maintain at least a two-thirds majority.”

Naftali Bennet, Netanyahu’s former chief of staff and former head of the Yesha Council, presented what he calls “The Calming Plan.” The main points of his plan are the application of Israeli sovereignty to 60% of Judea and Samaria, the removal of IDF barriers in those regions, the passing of the Gaza strip to Egyptian control and the encouragement of financial growth in Judea and Samaria.

Bennet, who is currently running for the Knesset, says that his plan does not present a long lasting solution; in fact, he doesn’t believe one currently exists. His does, however, plan offers Israel three advantages: securing of Israel’s national interests, security for Israel and the control of Israel’s national heritage sites; strengthening of Israel’s international status by neutralizing the claims Israel is an apartheid state; and creating stability for decades ahead.

“The world will not recognize our sovereignty in Judea and Samaria, just as it does not recognize our sovereignty on the Kotel – the Western Wall, and other neighborhoods in Jerusalem. It will learn to come to terms with it over the years,” he says. The annexed territory will create a territorial continuity throughout the areas currently inhabited by Israelis. This territorial continuity will further provide security to the Tel Aviv area.

His plan offers citizenship to some 50,000 Arabs who live in the areas that will be annexed. They live in the Oslo Accords designated C zone, among 350,000 Israelis. This move will invalidate any claims that Israel is an apartheid state. He wants to create territorial continuity in the Palestinian Authority as well, removing the IDF barriers there. This solution in general will ensure that no-one is removed from his home.

“It’s time we refreshed our thinking, conceding the ideal in favor of the positive. It’s time the State of Israel took the initiative,” he concludes.

In general, the prevalent paradigm of the Israeli-Arab conflict states that it can only be settled through Israeli concessions in Judea and Samaria and the extrication of Israelis living there to within various suggested borders. These two politicians offer a different approach.

Assuming there is no radical change in the stagnant peace process, their suggestions merit some serious thought. 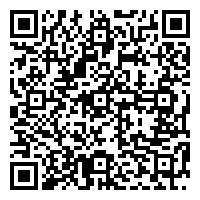