But did those groups issue those statements? Or did the Israeli media simply claim they did, and everyone left it at that?

The two groups that were reported by both Haaretz and YNet as condemning Ya’alon, are the National Jewish Democratic Council and the Israel Policy Forum. That those two groups would attack an Israeli leader for having criticized this U.S. administration is hardly surprising.

The NJDC, after all, is the Jewish wing of the Democratic party, just as the Republican Jewish Coalition is for the Republican party. And the Israel Policy Forum is widely regarded as the “old man’s J Street,” or as one of the precursors to the current young-ish bucks who seek to dislodge mainstream American Jews from what people of that bent consider the grips of the American Israel Public Affairs Council.

So when articles in Thursday’s Haaretz and YNet contained extensive quotes from the two U.S. administration-leaning Jewish groups slamming Ya’alon for comments he made at a Tel Aviv University address last week, few were surprised.

At that address, Ya’alon said the U.S. has shown “weakness” in various arenas around the world, and that its Middle East allies are disappointed. He also reiterated a prior statement, that Israel would have to go it alone against Iran and cannot depend on the U.S. to lead on that front.

The articles in the two Israeli media allegedly quoting the American Jewish groups are very similar. Both include the same quotes from the Israel Policy Forum. The quotes include:

• “The Israeli Policy Forum, a pro-peace group, said in a statement that it “condemns recent statements by Ya’alon that insulted the Obama administration and harshly criticized American foreign policy in the Middle East and around the world.”

•”Ya’alon is compromising US-Israeli relations. His obstructionist outbursts simply support a view that Israel is not negotiating in good faith and better serves its critics and those opposed to a lasting peace.”

Both also included this statement, including the double negative:

•”We believe that Ya’alon’s criticisms of President Obama’s diplomatic efforts with Iran were unwarranted and not unconstructive [sic]. His statements demonstrate a pattern of behavior which is not appropriate for the proper conduct of Israel’s diplomacy.”

To those statements, YNet added that the IPF  “condemns recent statements by Ya’alon that insulted the Obama administration and harshly criticized American foreign policy in the Middle East and around the world,” and “IPF welcomes Minister Ya’alon’s late apology and sincerely hopes he will return to the important process of negotiating an agreement with the Palestinians that will insure Israel’s future as a secure and Jewish democratic state.”

The problem is, all of this language is from a press release issued by the IPF on Feb. 21, and was not in response to Ya’alon’s latest comments. Oddly, the two articles quoting the earlier press releases appear on the IPF website in the “IPF in the News” section. The IPF’s latest press release, according to its website, is from March 12, and is about another matter entirely. So the IPF site contains the misquotes of its own press releases in the section bragging about how it is quoted in the media.

All of this is not to say that the IPF has changed directions and applauds Ya’alon’s frank assessments of America’s foreign policy. But doubling the number of Jewish American groups which criticized Ya’alon’s (from one to two) remarks is worth noting. Except there is also a problem with the quotes from the other American Jewish group. 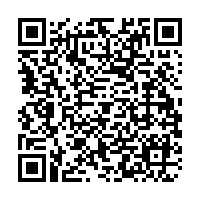