Likud, Jewish Home, Israel Our Home, Strength to Israel, Balad and United Arab List- Ta’al were not present at the Jaffa ceremony, initiated by the Center for Jewish-Arab Economic Development, according to a report by Haaretz.

Symbolic chairs for Likud/Israel Our home, Jewish Home, Shas, and United Torah Judaism were left empty, signifying the lack of attendance of representatives from those parties.

Balad and United Arab List-Ta’al representatives cancelled at the last minute, according to Haaretz.

The covenant stated that Arabs suffered from discrimination and vowed to create equality in state funding for Jewish and Arab populations within the decade.

The Center for Jewish-Arab Economic Development’s executive director, Helmi Kittani, told the audience that two thirds of children in Israel living under poverty are Arab.

Dr. Danny Gera, one of the initiators of the 10 year plan, said that Arab poverty had not changed significantly, despite major cash infusions to the population by governments around the world.

Yesh Atid’s Yaakov Peri said that while he supports the plan, he thinks Arabs should be forced to do national service in their communities “to contribute to a more egalitarian society.” 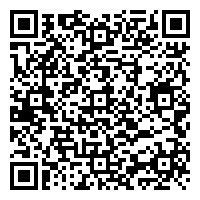