WASHINGTON – The Goldstone wars continue, but beneath the shouting a diplomatic track has emerged.

The Israeli government last week published a reply to the UN Human Rights Council’s report on the conduct of last winter’s Gaza war with Hamas, insisting that Israel Defense Forces investigations into possible Israeli wrongdoing in Gaza were not principally motivated by last autumn’s UN report.

Nonetheless, the reply repeatedly refers to the UN report – known as the Goldstone report for its principal author, retired South African judge Richard Goldstone – and was delivered within the six-month deadline that Goldstone recommended to avoid international prosecution.

Moreover, the bulk of Israel’s reply is dedicated to establishing the independence of military investigators and prosecutors, which would satisfy Goldstone’s requirement that any investigation should not be a matter of the alleged perpetrators investigating themselves.

The Israeli document notes that two senior IDF officers were disciplined for firing rocket shells into a populated area of Gaza where the field office of the UN Relief and Works Agency, the principal group administering relief to Palestinian refugees, was situated.

More striking is the conciliatory tone taken by the Israeli government toward Goldstone and the human rights groups from which he drew in writing his report – acknowledging that Goldstone and the groups played a critical role in helping the IDF examine its actions.

An Israeli army spokesman said that while the army relied primarily on its own resources to identify deviations from policy, the human rights groups helped spur along the process.

“We take a look at ourselves and where we were right and where mistakes were made,” Capt. Barak Raz told JTA. “It’s important that a commander can go home at the end of the operation and look his family in the eye, and that the soldiers 20 years from now can look in their children’s eyes.”

Nonetheless, he added, “I can’t deny that these reports also contributed to our ability to be made aware.”

The civil tone does not mean the rhetorical wars engendered by Goldstone, a human rights icon with a pro-Israel history, are over.

Top Israeli officials, up to Prime Minister Netanyahu, continue to cast the report as inimical to Israel’s interests as Iran and its putative nuclear weapons program.

Non-governmental defenders of Israel continue to demonize Goldstone. Most recently, Alan Dershowitz likened him to a moser, a Jewish traitor deemed in some interpretations as worthy of a death sentence.

In the meantime, left-wing and pro-Palestinian groups continue to call for war crimes investigations of Israel and have inhibited travel by Israeli officials to Europe lest they face arrest warrants.

Against the noise, the government’s description of the Israeli army’s cooperation with the same groups was telling.

Noting that 150 separate investigations arose from Operation Cast Lead, Israel’s name for the Gaza War, the government reply says that a portion was initiated by the army and “others were opened in response to complaints and reports from Palestinian civilians, local and international non-governmental organizations, and UN and media reports.”

Of the 150 probes, 36 have resulted in criminal prosecutions – 19 of these involved shooting toward civilians, and 17 involved using civilians as human shields, mistreating detainees and theft.

Israel launched the operation after Hamas stepped up its rocket attacks on southern Israel. Such attacks had been an almost daily occurrence since the terrorist group took over the strip in 2006, and dated back more than eight years.

Of the 34 incidents outlined in the Goldstone report, the Israeli government says the army was investigating 22 before the report was published – it admits Goldstone’s research led to the other 12 inquiries. (The two officers reprimanded for shelling the UNRWA compound are not among them.)

Additionally, the government reply says, the Military Police Criminal Investigation Division “has sought assistance from non-governmental organizations (such as the Israeli human rights group B’Tselem) to help locate Palestinian complainants and witnesses, and to coordinate their arrival at the Erez crossing point to Gaza, to allow interviews and questioning.”

Despite its conciliatory tone, the government’s reply said the Goldstone report reflects “many misunderstandings and fundamental mistakes with regard to the Gaza Operation, its purposes, and Israel’s legal system.”
(JTA)
Advertisement 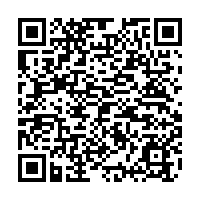