The Rev. Ezra Stiles was born on November 29, 1727 in Connecticut and graduated from Yale University in 1746. He then studied theology at Yale and was ordained in 1749. After working as a tutor at Yale for a year, he began some mission work among the Indians. In 1752 he was forced to give this up due to ill health. He turned to the study of law and in 1753 took the attorney’s oath. He practiced law in New Haven until 1755, whereupon he returned to the ministry, accepting the position of pastor of the Second Congregational Church in Newport, Rhode Island, serving there from 1755 until 1777.

Stiles was an avid supporter of the American Revolution. Thus, when the British captured Newport in late 1776, he left the city and became pastor of the Congregational Church in Portsmouth, New Hampshire in 1777. The following year he became president of Yale, serving in this capacity until his death on May 12, 1795.

After settling in Newport Stiles became interested in the Jews residing there as well as in the Hebrew language.

Proceeding in the study of the Scriptures and of divinity, he felt the necessity of the knowledge of the Hebrew. His frequent attendance at the Jews’ synagogue increased his wish to possess at least as much of it as to see a little into their books and service. On receiving a diploma from Edinburgh [March, 1765] his ambition was touched, or rather a sense of shame excited, that a Doctor of Divinity should not understand a language; so important and so easily acquired.1

In May, 1767, Dr. Stiles knew ten letters of the Hebrew alphabet; he therefore requested one of his Jewish friends to teach him the others. Unlike some modern students of that ancient tongue, he determined, before beginning to translate from it into English, to read the language fluently, and henceforth read ten pages of the Psalter every day before breakfast. On the last of January of the next year, he began to translate Genesis, and by May 12 had finished it and Exodus. By the end of the year he had read Ezra and some of the Chaldee in Daniel, reading one chapter of the Bible and a little Arabic daily except Sundays. Thus he finished the Bible in October, 1770.

He now continued his Hebrew studies and became so proficient that in 1773 – the year he met Rabbi Hayim Isaac Carigal – he wrote a Hebrew letter of 22 pages in 1774, he read Onkelos and Jonathan in the original, and in 1777, we find him, according to his biographer, reading “Chaldee and Targum with Eben Ezra and Ishaki.”2 In July 1778, when he was inducted into his office as President of Yale, he delivered a Hebrew oration.3

Despite all this, one should not make the mistake of thinking Dr. Stiles became an accomplished Hebraist. In a footnote to the quote above, the author writes, “This sounds very nice, to be sure, nevertheless we may doubt whether he understood everything he read in his ‘Ishaki.'” He then goes on to point out a number of translation errors that Stiles made in his notes to a siddur.

On January 1, 1769 Dr. Stiles began keeping a diary, making regular entries until shortly before his death.

One is struck at once upon taking up the Diary by the large number of references to Jews and to Jewish affairs, although they are almost all confined to the period of his residence at Newport. The first entry about the Jews occurs as early as March 16, 1769, which day, he tells us, he spent mostly with the “Jew priest,” Isaac de Abraham Touro, [chazzan of the Newport Synagogue] in a discussion on biblical prophecies. From that time until the outbreak of the Revolution, which, when it began, absorbed almost all his thoughts, scarcely a month passes without some entry referring either to conversations or to correspondence with Jews, or to discussions on religious questions with them, or to items of interest regarding Jews.4

On December 2, 1763 Dr. Stiles attended the dedication of what is today known as the Touro Synagogue, and among his papers there is an elaborate description of the services as well as of the building. He often attended services at the synagogue on special occasions such as Jewish holidays and describes in detail what he saw. These writings provide us with a fascinating description of the religious life of Newport Jewry during the middle of the 18th century.

Stiles was particularly interested in discussing theological and religious matters with the various rabbis who from time to time visited Newport. He writes that he met six rabbis: Rabbi Moses Malki in 1759, Rabbi Moses Bar David [Ashkenazi] in 1772, Rabbi Chaim Isaac Karigal [Carigal] in 1773, Rabbi Tobiah ben Jehudah in 1773, Rabbi Bosquila in either 1773 or 1774, and Rabbi Samuel Cohen in 1775.

Dr. Stiles found Rabbi Raphael Chaim Yitzchok Karigal by far the most interesting of his rabbinical acquaintances. Rabbi Karigal was a unique visitor to America in that he was a true talmid chacham who was ordained in 1750 at his birthplace, Hebron, and then went to Jerusalem to continue his studies. He was appointed a shliach of the Hebron community in 1754. In this capacity he became a world traveler visiting Jewish communities in Egypt, Turkey, Syria, Iraq, Persia, Italy, Germany, Prague, Vienna, London, and Amsterdam.

In 1768 he again took up his travels going to France and then London. After visiting Jamaica, he set sail for North America, visiting Philadelphia and New York. On March 3, 1773 he arrived in Newport, where he stayed until July 21.5

When on March 5 the Rev. Stiles learned of Rabbi Karigal’s arrival in Newport, he wanted to meet him. And so on March 8 Stiles attended Purim night services at the Newport Synagogue because he knew the rabbi would be there. This led to numerous meetings between Rabbi Karigal and Dr. Stiles while the rabbi stayed in Newport.

In a diary entry dated April 8, Dr. Stiles provides us with a fascinating description of the appearance of Rabbi Karigal. Below is a direct quote that preserves his spelling, grammar and syntax.

The Rabbi’s Dress or Aparrel: Common English Shoes, black leather, Silver flowered Buckles, White Stockings. His general Habit was Turkish. A green Silk Vest or long under Garment reaching down more than half way the Legs or within 3 Inches of the Ankles, the ends of the Sleeves of this Vest appeared on the Wrists in a foliage Turn-up of 3 inches, & the Opening little larger than that the hand might pass freely. A Girdle or Sash of different Colors red and green girt the Vest around his Body. It appeared not to be open at the bottom but to come down like a petticoat; and no Breeches could be discovered. This Vest however had an opening above the Girdle – and he put in his Handkerchief, and Snuff-box, and Watch. Under this was an inner Vest of Calico, besides other Jewish Talismans. Upon the vest first mentioned was a scarlet outer Garment of Cloth, one side of it was Blue, the outside scarlet; it reached down about an Inch lower than the Vest, or near the Ankles. It was open before, no range of Buttons &c. along the Edge, but like a Scholars Gown in the Body but plain and without many gatherings at the Neck, the sleeves strait or narrow and slit open 4 or 5 Inches at the End, and turned up with a blue silk Quarter Cuff, higher up than at the End of the sleeve of the Vest. When he came into the Synoguge he put over all, the usual Alb or white Surplice, which was like that of other Jews, except that its Edge was striped with Blue straiks, and had more Fringe. He had a White Cravat round his Neck. He had a long black Beard, the upper Lip partly shaven-his Head shaved all over. On his Head a high Fur [Sable] Cap, exactly like a Woman’s Muff, and about 9 or 10 Inches high, the Aperture atop was closed with green cloth. He behaved modestly and reverently.6

Dr. Stiles was so taken with the personality and wisdom of this genuine talmid chacham that he commissioned the painting of his portrait.7

1 Ezra Stiles and the Jews, Selected Passages from his Literary Diary Concerning Jews and Judaism with Critical and Explanatory Notes, by George Alexander Kohut, Philip Cowen Publisher, New York 1902, page 14. This book may be downloaded from http://books.google.com at no cost.

2 From Willner (see next reference) it seems that Ishaki refers to a Sephardic siddur Stiles owned.

5 For more about the unusual career of Rabbi Karigal see “The Chacham for the Colonies” by Rabbi Shmuel Singer, available at www.tzemachdovid.org/gedolim/jo/tpersonality/rkarigal.html. 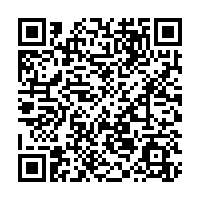