Often, when a group wants to hound someone with an opposing viewpoint, they will offer to donate one financial unit for every time the opponent does something the donor dislikes.  The kicker, though, is that the donation is made to a group or cause the opponent abhors, thereby creating a disincentive for the bad actor to continue his actions, which have become the source of support for the opposing viewpoint.

This is how it works: say a group of anti-Israel protesters show up regularly to protest the Israel Defense Force in front of an Israeli Consulate. The pro-Israel group then publicly announces it will donate $18 to the American Friends of the IDF for every anti-Israel nudnik who shows up at the Consulate to protest.


J Street, an American pro-‘Palestinian’ group, has part of the concept, but has failed to understand the disincentive part.  J Street has come out as one of the strongest backers of President Obama’s nominee for Secretary of Defense, Chuck Hagel (R-NB), has now unveiled a clever new campaign. It’s mostly clever because it has a rhyme that invokes the aroma of “Jewishness.”

The campaign slogan is: “Smear a Bagel, Not Chuck Hagel.”

And J Street offers that “for every 18 actions in support of Chuck Hagel, we’ll send a bagel to the DC Area Food Bank — in Bill Kristol’s honor.” Bill Kristol is the founder and board member of the Emergency Committee for Israel, which purchased the domain name ChuckHagel.com, and filled the site with all the reasons why Sen. Hagel is unqualified to be the U.S. Secretary of Defense.

So the Smear Bagel, Not Hagel rhyme is good, evoking something Jewish — but not religious — which works well for J Street (how long did it take most people to find out that the “J” in J Street has nothing to do with Jewish, but instead is a play on the absence of a street that bears the letter “J” in Washington, D.C. grid system?).

But there are a few problems with this campaign.

First, as anyone who has grown up in a Jewish household surely knows, the authentic Yiddish word for applying butter, cream cheese or other spread on a bagel is “schmear,” not “smear.”  Second,  there is no food bank in Washington, D.C. with the name, “the DC Area Food Bank,” and given that J Street does not state what exactly the donation will be, and the language describing what triggers the donation to the mystery food bank is vague, some might begin to wonder about the motivation behind this campaign.

By clicking through on the links, you learn that the “action” which, when 18 are accumulated, triggers the donation, is a signature on J Street’s petition of support for Chuck Hagel.  The petition explains that the signer supports President Obama’s nomination of Chuck Hagel, and urges the Senate to confirm the nomination.  It also acknowledges that “legitimate questions should be asked during the confirmation hearings about his policy positions and prior statements, but I object to the personal smears and attacks on the Senator, which should have no place in the process.”

Ah, now we know what the bagel schmear was about: J Street doesn’t like that some people (dare we say the “Jewish lobby”?) have criticized Hagel for being anti-Israel and anti-Semitic. For J Street, any such claims are “smears” that have no business being part of the vetting process for Secretary of Defense. For most people, those are questions that should, and must, be addressed.  No baloney.

Finally, rather than trying to discourage the enemies of Hagel from raising questions about his suitability for the office to which he has been nominated, J Street’s goal seems to be the harvesting of new email addresses.  That’s a reasonable thing for an organization to do, but not nearly as generous as simply making donations to the needy. 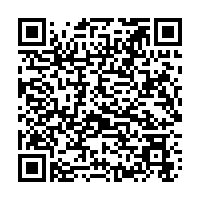