A new bill proposed by MK Oded Forer (Yisrael Beiteinu) aims to cut all governmental cooperation with the New Israel Fund and other foreign entities in Israel that support organizations funded by foreign governments.

The legislation follows an anti-NIF campaign conducted by the Zionist organization Im Tirtzu, in which the latter called on the government to cut all ties with the US-based organization.


The New Israel Fund is the largest funder of Israel’s left-wing civil society, including the anti-Zionist NGOs “Breaking the Silence,” “B’Tselem” and “Adalah.” As many organizations funded by the NIF also receive extensive funding from foreign governments, the fund would fall under the proposed law’s purview.

The bill’s introduction states that dozens of organizations and foundations funded by foreign governmental entities are operating in Israel, “some of which represent foreign interests that are inconsistent with Israeli interests.”

“[These organizations] enjoy cooperation with some of Israel’s public institutions,” the bill states, “including government ministries, the IDF, and local municipalities, despite [the fact] that the aim of these organizations is to safeguard foreign interests.”

Today some government ministries maintain ties with the NIF and its proxies, and the Communications, Culture and Education Ministries fund Israel Social TV which promotes boycotts against Israel, according to Im Tirtzu.

Recently representatives from the IDF and the Justice Ministry participated in a seminar run by the Association for Civil Rights in Israel, which is active in defending terrorists and their families in court, Im Tirtzu reported. Some NGOs funded by the NIF and foreign governments, including “B’Tselem” and “Rabbis for Human Rights,” are even eligible for National Service internships.

MK Forer explained the need to implement his proposed law, saying, “In recent years, there has been an increasing involvement of foreign governmental entities that cooperate both with public institutions, as well as groups that promote boycotts of Israel. This cooperation, whether visible or hidden, is a danger to Israeli democracy.”

Forer continued: “The fact that foreign entities promote their own political interests and the interests of our enemies is a dangerous precedent that we need to halt. This law is another milestone in protecting Israel’s democracy from the interests of foreign countries.”

Im Tirtzu CEO Matan Peleg welcomed the bill, saying, “In all of the democratic world, only Israel suffers from a phenomenon in which a foreign political organization operates from within as an open and hostile political opposition against the elected government and the military.”

“Leading members of the New Israel Fund, for example, clearly stated that the NIF and its organizations represent the opposition in Israel; the same foreign opposition that is working to topple the elected government and change its policy,” Peleg said, noting that “this is a dangerous phenomenon that exploits Israeli democracy in order to harm it, and needs to be stopped immediately.” 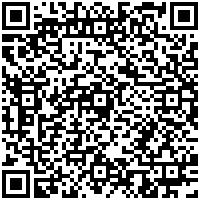