This past weekend, residents in areas of northeastern Texas, including Colleyville, found pamphlets that espoused vitriolic antisemitism and racism in their driveways. Headlines from two of the pamphlets state, “Every single aspect of the Covid agenda is Jewish,” and “Every single aspect of the Biden administration is Jewish.” There is also an advertisement for a film that shows a revisionist historical account of World War II. Another pamphlet states, “Black lives murder white children.”

Ralph Parsons, who lives in Colleyville, spotted the pamphlets in his driveway at 7AM when he went outside to get the Sunday paper. “There was this little sandwich baggie with pamphlets and gravel (in it) to give it a little weight. It seemed like whoever was distributing them was driving around and flinging them out of a car… I looked down the street and could see that there’s one sitting in my neighbor’s driveway and the driveways I could see.”


Colleyville Police Sargent Dara Nelson reported to The Jewish Press that hundreds of bags of pamphlets, which all appeared to contain the same materials, had been found in residential driveways in the area. She heard that people in neighboring Keller and Fort Worth also received fliers. Colleyville police are investigating this incident as a hate crime. The Grapevine Police Department is investigating four instances of people receiving fliers in plastic ziploc bags on their property on Sunday and Monday. Police reports about the pamphlets started coming in on Friday night to the Garland Police Department and continued through Monday. Garland Police Officer Matt Pesta thought these occurrences took place at night, and described how houses on a particular street of the same neighborhood all received the pamphlets. “All signs, for now, at least, appear that it was a one- time incident,” he stated. Colleyville, Grapevine and Garland police departments are in contact with the FBI about this case.

The Jewish community of Colleyville is no stranger to antisemitic hate crimes and terror attacks.

On January 15, a terrorist held the rabbi and three congregants hostage at gunpoint for approximately 11 hours at the Beth Israel synagogue before being shot dead by the FBI. Stacey Silverman, a former congregant, believes neighborhoods in Colleyville were targeted “to add to the fear… a subdivision (Ross Downs) that got festered with this horrible brochure, is literally a three minute drive from our synagogue.” A friend of Silverman’s sent her a picture of the pamphlets, and she said, “I looked at it and my blood curdled. Like we haven’t dealt with enough? Is it safe to live here?…I’m 53 years old. I have never been afraid to be a Jew in this country until recently.”

Anna Eisen, founding member and first president of Congregation Beth Israel in Colleyville, spoke with a family of congregants who received these pamphlets. “They were disturbed about it, angry and upset, but they also know that this is part of a larger activity, it wasn’t geared necessarily at them. The fliers were left on the homes of non-Jews to make a statement, but I think that because of what recently happened at Colleyville, they had some intent to connect it…We have to call it out, just like we have to call out any kind of racism, prejudice, before it turns into violence.” She added, “I’m a child of survivors. I’m resolute that I’m not backing down.”

One of the pamphlets lists a website, Goyimtv.tv. Rick Eaton, Director of Research at the Simon Wiesenthal Center, confirmed that this website is affiliated with the “Goyim Defense League” (GDL), a group run by Jon Minadeo from Petaluma, California. Eaton explained, “Although these groups can get a somewhat large following online, in truth, GDL is relatively small and insignificant….it only takes one guy to draw other misfits to his cause.” He stated that pamphlets “are an attempt at recruiting, but more importantly, they are designed to get attention, rile up the neighborhood, and possibly garner a news story.” Looks like they succeeded on that last count. 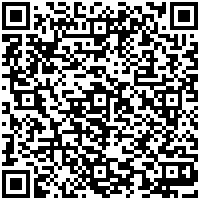