Deborah Lipstadt, U.S. President Joe Biden’s nominee to the position of Special Envoy to Monitor and Combat Anti-Semitism, was officially confirmed to the position by the U.S. Senate on Wednesday night.

Lipstadt’s nomination was brought to the floor of the Senate by Sen. Jon Ossoff (D-Ga.), who asked for unanimous consent on her nomination.


“Right now, as we speak, the scourge of anti-Semitism is rising again in this country and around the world,” he said on the Senate floor, after speaking about how his two Jewish grandparents came to the United States to escape anti-Semitism in Eastern Europe in the early 1900s. “If we mean the words never again, then at long last, Madam President, let’s confirm Deborah Lipstadt to fight anti-Semitism on behalf of the United States.”

Unlike in the Senate Foreign Relations Committee, where opposition from Republicans delayed Lipstadt’s confirmation hearing for more than six months, no Republican objected to the nomination, which would have then required a floor vote to be scheduled.

Lipstadt, 75, a top Holocaust historian and the Dorot Professor of Modern Jewish and Holocaust studies at Emory University, was finally approved by the committee on Tuesday in a 13-9 vote, with Sens. Mitt Romney (R-Utah) and Marco Rubio (R-Fla.) joining the Democrats to vote in favor of her nomination.

The committee vote had been twice rescheduled—the first time because of an objection from Sen. Ron Johnson (R-Wis.) and then due to low committee attendance.

‘The task before us is great’

Jewish organizations had pushed for the swift approval of her nomination, and her confirmation was applauded on Thursday.

“Having been involved with the creation of the post, working with the late Sen. George Voinovich (R-Ohio) and the late Rep. Tom Lantos (D-Calif.), I can attest that her expertise is needed now more than ever—with anti-Semitism and Jew-hatred at seemingly all-time highs,” William Daroff, CEO of the Conference of Presidents of Major American Jewish Organizations, said in a news release. “We are still haunted as a community because of the attack on the synagogue in Colleyville, Texas, at the beginning of the year. And this week in Israel, terrorists claiming allegiance to the Islamic State have killed 11 innocent people in three different cities. We offer our full support at this critical time on behalf of American Jewry and look forward to working with Ambassador Lipstadt in the ongoing fight against anti-Semitism.”

Agudath Israel, which represents many of the country’s most observant Jews, who often are the victims of anti-Semitism because of their traditional clothing, endorsed the choice of Lipstadt early on and joined other Jewish groups to get her confirmed.

“Dr. Lipstadt is a unique blend of scholar-activist,” said Rabbi Abba Cohen, Agudath Israel’s vice president of government affairs and Washington director, in a news release. “She is a prominent historian and thinker on the Holocaust and anti-Semitism, and that puts her in a position of being able to turn her knowledge and understanding of these issues into informed and creative thinking about how best to fight this scourge, which is plaguing countries around the world.

“The fight against anti-Semitism is never-ending,” he said, “and particularly critical at a time when we are witnessing open and increasing verbal and physical attacks against Jews in foreign countries.”

Ronald S. Lauder, president of the World Jewish Congress, sent his heartfelt congratulations to Lipstadt, whose nomination he said was long overdue.

“When President Biden first nominated Dr. Lipstadt to this critically important position, I said that he and Secretary of State [Antony] Blinken could not have found anyone better qualified to confront today’s challenges. I am tremendously relieved that we will now have her powerful voice and moral leadership in the global fight against virulent and surging Jew-hatred—for make no mistake about it, that is what anti-Semitism is,” he said.

“As anti-Semitism has spiked around the world in many forms, including Holocaust revisionism and vociferous anti-Israel hatred, Lipstadt’s work as special envoy will be vitally important,” they wrote. “Anti-Semitism must be confronted wherever it occurs, whether it be on the far-right, the far-left, among radical extremist groups or on the Internet.”

Hadassah, the women’s Zionist organization, noted that Lipstadt will be the first woman to hold the position since its creation in 2004.

In 2019, the role was upgraded to the rank of ambassador after the passing of the Special Envoy to Monitor and Combat Anti-Semitism Act of 2019, which was introduced by a bipartisan group of senators and signed into law by former President Donald Trump.

“As an explicitly Zionist organization and stakeholder in the land of Israel, Hadassah knows firsthand the role anti-Semitism plays in threatening the safety and security of Israel and the Jewish people,” Hadassah stated in a news release. “The task before us is great, but Ambassador Lipstadt is the right person to help us build a more peaceful and tolerant world.” 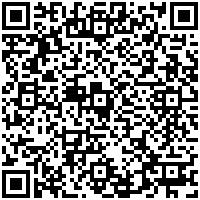