The German government said in its quarterly report on crime there were 223 criminal offenses perpetrated by Jew-haters from January to March 2019, including eight acts of violence, according to the Coordination Forum for Countering Antisemitism (CFCA). Data on anti-Semitism are gathered every three months in Germany.

The police attributed most of the 203 criminal offenses to perpetrators “from the right, and only three of them to Islamists,” according to the report. One offense was allegedly perpetrated by a left-wing criminal and 12 others could not be attributed to a specific political stance.

“The manner in which police are counting those offenses is controversial since Jewish organizations consider the proportion of right-wing criminals in statistics to be too large, while those of other political motives, including immigrants and Muslims, as too small,” CFCA wrote in its report.

At least 125 people have been injured in 226 attacks by neo-Nazis and other right-wingers from January to April, according to the federal police report, which revealed a total of 5,000 “right wing criminal offenses” in the first four months of this year.

The statistic is expected to rise as later reports are submitted. Seventeen people were arrested. 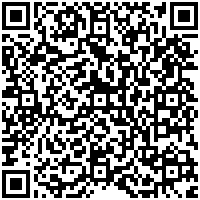