A gardener who murdered and dismembered a Jewish couple in Casablanca last summer, then robbed them as well, was sentenced to death on May 29 in the Criminal Court of Morocco.

Mustapha Rerhay, 51, murdered his employers, Sam Toledano and Vicky Chetrit, a well-known Moroccan couple in the Jewish community of Casablanca on July 3, 2016 and stole various items from their home, including jewelry.

After dismembering them he buried their parts in various sites around the city.

There were rumors the couple was murdered in a terrorist attack due the mutilation of their bodies, the French-language Le360 reported, but the Director-General of National Security issued a statement at the time, denying terror was involved.

Rerhay was convicted of premeditated murder, robbery and mutiliation due to the state of the bodies. The killer first attacked the husband, and then the wife.

His conviction and sentence was upheld on appeal.

Police continue to insist the murderer was motivated by greed rather than hate. French media reported Rerhay had been evicted from his rented apartment shortly before the crime, and was a gambling addict.

“However, a simple thief would not have mutilated the victims’ bodies and scattered the pieces around Casablanca,” wrote a blogger on the French-language Sahrawi Diaspora site. “The police told a tall tale to convince the Jewish community that this is not an anti-Semitic crime.” 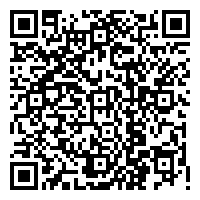