First, proper disclosure: I just finished binge watching both seasons of the Netflix series The Umbrella Academy and I loved it. It appealed to my love for science fiction, my nagging sense that time travel is a reality but I keep forgetting my trips, and to my sense of humor when it comes to conspiracy theories. It’s a perfect series, and I can’t wait for season 3, although, like everything else in TV Land, it might be shot on Zoom. If at all.

Because some hyper-sensitive tweet users are accusing the show of being anti-Semitic. That’s right. As one of them put it: “So far umbrella academy season 2 has had the antagonists (and antagonists only) use Yiddish, made lizard ppl refs, and used “cabal” to refer to the ppl driving the apocalypse. I’m not Jewish, but uhhh… seems [expletive] anti-Semitic even to my untrained eyes?? And there’s more to go.”


So, for the record, a non-Jew was upset by the fact that the wonderful, gorgeous and so young looking (at 52 she doesn’t look a day over 30, but this could be love talking) Kate Walsh, the blonde super-villainess who keeps coming back every time she is killed – speaks a few words of Yiddish.

When I watched those three or so scenes, I thought it was funny, the idea that this larger-than-life monster is fluent in the mamme-loshon. It was a joke, and a very good one, on par with a number of similar cultural comments intended to make the work even better, like the one about lizard people (a conspiracy pushed by David Icke, according to which cold-blooded humanoid reptilians who have the power to shape-shift into human form).

A Jewish tweeter named Gab suggested that the entire concept of the Commission, represented by the Handler, Walsh’s character, is modeled after the Protocols of the Elders of Zion. Of course, while the Elders are dedicated to ruling the world, the Commission is devoted to its policy of “Que Sera Sera,” meaning that it is dedicated to preventing the corruption of our timeline (Kennedy must be assassinated in 1963, and the Apocalypse must arrive in 2019 – hey they were off by only one year).

So, their handler says a couple of Yiddish words, their plan involves a worldwide cabal – had to be anti-Semitic.

Of course, the fact that the UA’s brilliant writer and show runner is Canadian television writer and executive producer Steve Blackman, who is a member of the tribe, does not mean the series is not an anti-Semitic attack on everything that is pure (and Jewish).

Or, as Gab puts it succinctly: “SO, when the show had the handler speaking yiddish, it implies that she’s Jewish, because goyim simply just don’t usually speak it.”

At which point I was reminded of the brilliant Richard Gere, who played the main character in Norman: “The Moderate Rise and Tragic Fall of a New York Fixer.” Gere told Page Six: “My character falls under that Jewish word hondler. Used a lot on New York streets, it means fast-talking guy who makes deals. A wheeler-dealer.”

Incidentally, Gere’s rabbi in the movie was played by Steve Buscemi. About as non-Jewish as you can get.

In summation: the Umbrella Academy is brilliant and funny; using Yiddish in a show is not an expression of anti-Semitism, it’s more a good joke; and Twitter users better not kill season 3 of this amazing show because what else is there to watch? Reruns of Rabbi Amnon Yitzhak? 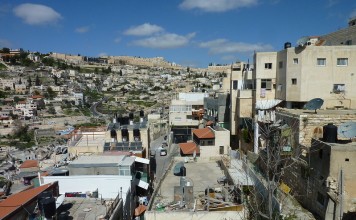 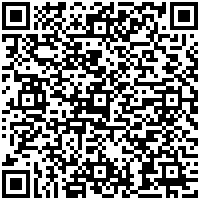