Ten years after terrorists killed close to 170 people and injured hundreds more in a series of attacks throughout the city of Mumbai, Moshe Holtzberg—the only child of Chabad-Lubavitch emissaries Rabbi Gavriel and Rivkah Holtzberg, who were murdered in their Chabad House—was joined by Israeli Prime Minister Benjamin Netanyahu to unveil the plans for a state-of-the-art Living Memorial at Chabad (Nariman) House, to commemorate the victims of the 2007 attacks, Chabad.org reported Thursday.

Netanyahu was welcomed to the center by Rabbi Israel and Chaya Kozlovsky, co-directors of Chabad-Lubavitch of Mumbai.

Moshe was invited to visit his former home by Indian Prime Minister Narenda Modi during the latter’s visit to Israel in July. Netanyahu then invited the boy to join him on his trip to India this week.

Following the terror attack that killed his parents, the 11-year-old has been living in Israel with his grandparents, supported by a fund established by Chabad-Lubavitch that will see him into adulthood. 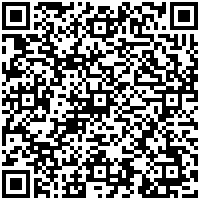