Five people were rescued from a burning kosher supermarket in Golders Green, London Sunday morning, Jewish News reported on Monday. The entire ground floor and a large segment of the first floor of the Princess Parade supermarket was on fire. The cause of the fire is being investigated.

Last week, police announced that arson attacks on two kosher restaurants in Prestwich in Greater Manchester are being treated as anti-Semitic hate crimes.


95 firefighters were engaged in the blaze at the Princess Parade, off Golders Green road. Three shoppers were rescued using a ladder, and two were carried out by crews.

The London Hatzolah service also responded, according to Andy Brown, the incident response officer. Brown stated: “We have treated a total of 15 people for smoke inhalation. They have all been taken to local hospitals. Hatzola… have taken a number of patients on our behalf.”

The Shomrim volunteer neighborhood watch group handed out more than 300 slices of pizza to the emergency crews on the scene, Jewish News reported. 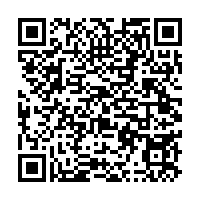