Robert Singer, CEO of the New York-based World Jewish Congress, said on Monday that his organization is feeling “disgust and outrage” over reports that a small town in southeastern Poland beat and then burned an effigy of Judas Iscariot looking like a Haredi Jew, beards, sidecurls, fringes and all, as part of the Easter ritual.


Singer issued a statement saying “Jews are deeply disturbed by this ghastly revival of medieval anti-Semitism that led to unimaginable violence and suffering.”

According to the WJC report, the residents of Pruchnik, among them children, beat and burned the effigy on Good Friday.

It’s safe to say, however, that many Jews are relieved that the good folks of Pruchnik restricted themselves to an effigy and did not go after actual Jews.

The Germans occupied Pruchnik in September 1939. In August 1942, all the Jews were transported out of Pruchnik. Some were placed in the ghetto in Bircza and from there were taken to the forests in Wólka Pełkińska where they were shot. The remaining Jews, carrying shovels for the digging of graves, were led by the Germans outside the town to the Catholic cemetery where they were shot. The surviving Jews ended up in a transition camp in Pełkinice or were sent directly to the Bełżec Nazi extermination camp.

Today, a rock stands on that site, bearing a plaque with the inscription “In 1942-1943, Nazi criminals murdered 67 Jews on these fields. Pruchnik – September 1969.” Obviously, last Friday’s Easter celebration in Pruchnik suggests those “Nazi criminals” were not the only ones murdering the Jews of Pruchnik.

The image we posted at the top of this story, courtesy of the Virtualny Sztel (Virtual Shtetle), shows a group of Pruchnik children in 1941, getting ready for their Good Friday jubilation with the Haredi effigy. 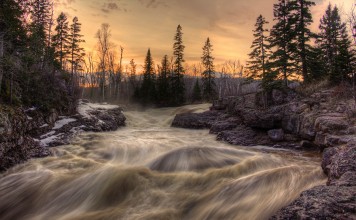 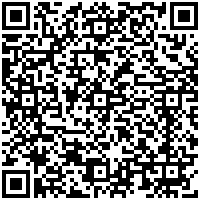