Prime Minister Benjamin Netanyahu related the story of his wife’s father and grandfather on Thursday morning in Jerusalem at the “Unto Every Person There is a Name” ceremony held at Israel’s Knesset to mark Holocaust Martyrs’ and Heroes’ Remembrance Day.

Following is a complete transcript of the prime minister’s remarks.

“We saw this desire yesterday at the torchlighting ceremony that always moves us every year. Manya Bigunov, one of the torchlighters, has dedicated her life, all of time and energy to commemorating each of the 2,000 Jews who perished from her town of Teplyk.

“My father-in-law Shmuel Ben-Artzi, my wife Sara’s father, evaded the Holocaust because he was a pioneer. He came here in 1933. He was a Tanakh scholar; Ben-Gurion invited him to his first Tanakh study circle. He was a poet and a talented author, who won Ka-Tzenik Prize for Holocaust Literature and taught generations of students, some of whom are known to you and who said that he was an educator and teacher par excellance.

“While he built a life, married Chava his wife and brought four children into the world, the Holocaust never left him for a moment. We spoke with him. We said ‘Come, go back to and revisit the places of your youth, Bilgoraj, and while he did not want to go back, he did want to recreate.

“He did so in his marvelous, moving poems, one of which I always read here. He also recreated in the book that he wrote in the last years of his life, he passed away at 97. He wrote a marvelous book entitled ‘Novardok’, an exemplary book about the musar yeshiva where he studied in Mezeritch. In it he describes Mezeritch which had been 80% Jewish, a college town of yeshivas, most of them Chasidic. It had yeshivas, study halls and synagogues. He dedicated his book to his old classmates, the yeshiva students who all perished.

“In the book, he describes ‘Butchers’ Street and ‘Shoemakers’ Street in detail. But he never went back.

“After his passing, his daughter, my wife Sara; his grandsons Yair and Avner, traveled together to visit the places of his youth. They went to Mezeritch. What remains are the street names, ‘Butchers’ and ‘Shoemakers’. There reached the place where the yeshiva had been. An elderly Pole who knew who they were saw them and brought them a photograph and said ‘Here is a photograph of my father who stood here’. In the photograph, they saw the yeshiva, no trace of which remains.

“From there they went to Tarnogrod, which had been the family’s city, the family of Shmuel’s grandfather who would go there every summer. Tarnogrod also had been a mainly Jewish city. Nothing remains. No trace remains of the synagogue that the SS and the Gestapo used as a stable. One can see where the holy ark was and can see bullet marks; they used to enjoy shooting at it.

“From Tarnogrod, they went to the grove by the river where there is a monument to the Jews of Tarnogrod who were slaughtered. Another elderly Pole came by and said ‘I was a child and I would see every day how the Nazis brought Jews here and slaughtered them’, including Shmuel’s family of course.

“When they reached Bilgoraj, there was nothing because the town was totally destroyed in the war, the city of his birth, also where Isaac Bashevis Singer grew up, and Shmuel himself whom you know. A world was destroyed but exists in books, in this ceremony, in memories in the hearts of our people.

“Shmuel sought to commemorate it another way. In his will, he commanded that the names, which I will read to you now, be etched on his grave, which they are.

“Here are the names:

“From Bilgoraj in Poland, which was entirely destroyed in the Holocaust: His father (my wife’s grandfather) Moshe Hahn (Ben Zeev Hahn), his father’s wife Ita Hahn, his (my father-in-law’s) twin sister Yehudit, who was 24. Shmuel did not stop weeping for her until the day before he died. His brothers Meir Dov Hahn (18), Shimon Tzvi (16) and Aryeh Leib (13), and his little sister Feizele (10).

“From Tarnogrod: His aunt (his father’s sister) Ma’tel Koenigstein, her son Hillel and her eldest daughter. His uncle Mendel Hahn, his wife and their two children.

“May the memories of our brothers and sisters who perished in the Holocaust be etched in our hearts and in our souls forever.” 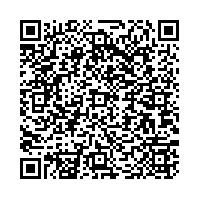