This week, a graduation ceremony was held for the IDF 142 (3.3) Naval Courses Course, which equips the combat officers of the Navy. The course lasts two years and five months, during which the cadets acquire professional knowledge in the most advanced technological combat systems in the world, study an academic degree in political science at the University of Haifa and even obtain a ‘skipper’ license (Mishit 30).

The prestigious seamanship course is made up of five stages that require the cadet to constantly strive for excellence, high-level physical fitness, command and leadership abilities and innovative and creative thinking ability. The course begins after a basic internship at the Israel Navy.


Over the past decades the Israeli Navy has attracted many of the country’s brightest and best young adults to serve their mandatory military service. This year three special young women graduated the course to become Naval officers and will soon serve their country aboard the new sea SAAR vessels Israel recently received from Germany.

One young woman who completed the course, Ya’ala Eshwege, is the daughter of a religious Jewish family from a religious Jewish community in Samaria. One of five children, Ya’ala told JewishPress.com in an exclusive interview to mark International Women’s Day that after attending Bnei Akiva and then Ulpana, she “decided to change direction. . . and left her ‘regular’ environment.”

Ya’ala said that at first, “everyone kind of joked around, asking how I fit in with this exactly. But I received the right grade to proceed and decided that even if I might not succeed, it seemed a good place to start. From there things just moved ahead.”

Surprisingly, the young cadet said she had “a lot of support” from family and friends after having made a “serious decision to change everything I grew up with and tread a path that was entirely different. But I am very happy with it.”

The Navy Cadets’ course is much longer than that of regular army service — it is a seven year commitment — and entering as a religious woman, Ya’ala said there were “all these considerations — ‘when are you going to have time to get married, build your own home, have children?’

“The majority of my friends who came in with me went into education, or into the Air Force,” she said. “In my course, we were 10 girls, but I was the only one with a religious background in a group of 70 guys.

“It’s very difficult, especially at first, to figure out what works and what doesn’t, what’s okay and what is not, how not to feel different from everyone and how to feel like a part of the group. It’s a situation where you are alone with this and you have to figure it out; you have to choose which things you are going to continue to keep and which ones to let go of; which job and rank to pursue and which ones to avoid.”

Ya’ala will be working on the SAAR 6 when she begins her service next Sunday.

Liad Neulander, who hails from Kfar Vradim in northern Israel, is the oldest of three children.

She told JewishPress.com that although there are obviously differences between men and women, when you come to defend your country, the challenges are pretty much the same.

When asked what might happen if she were to be abducted (God forbid), Liad said “It’s not going to matter whether you are male or female. It’s true that the abduction of females can cause the very severe consequence of children — but by the same token, men can also suffer severe consequences in captivity.

“Our presence here signifies we have already taken the chance of this danger into account,” Liad added. “Also, on the sea, specifically, the danger of an abduction is considerably reduced.”

Liad will be working on the SAAR 4.5.

Neta David, a 20-year-old officer from Ramat Shai, told JewishPress.com that she will be working in a SAAR 5, which she called her vessel.

“I was the only officer,” she noted, although there were another five female fighters among the group of 70 fighters in my group.

When asked how the males reacted to her being their officer, Neta did not hesitate.

“We started the course with 10 females and 70 males. At the beginning, they really had a difficult time. Not to parse words, but when you think about it, “combat” is about a male being valiant — a guy with muscles who fights with a gun — and for a female it doesn’t quite work like that.

All three of the new Naval officers were adamant that once the boundaries are clearly drawn, it is rare that anyone tests them.

“They understand that we are officers and we serve together with them. If they test the limits we won’t be able to serve together and get the work done,” Ya’ala pointed out.

“Therefore they respect the boundaries once they are set. If and when someone does breach a boundary, we talk about it. We say, ‘This is the red line and what happened was not good. We have to work together so let’s see an improvement.

“I think a lot depends on how we approach it,” Netta added. “The boundary that you set, as long as it is set from the start, clearly, it will remain clear.”

What about the future, when military service ends?

For most cadets, that question is relatively uncomplicated. For Ya’ala it might not be so clear. But when asked how she sees herself today and in the future, the young Naval officer seemed at peace.

“I think that if we are raised in a religious home in which we truly have faith, in which we are strong, then that is the right thing,” she said.

“I know that I gave up things along the way to reach my goal. It was complicated, but I also know people who gave up nothing and still reached this goal too. I believe it is possible either way, though for me it went like this.

“It is not an easy path. You have to work and to demand, and you have to know what you want and what you believe, and then anything is possible.

“My family is very happy with my choice and with the way I chose to integrate my faith and my service to my country,” she said.

Will she return to observing the mitzvot she set aside?

“I believe that once my life is less intense and less complex it will be much easier and much more acceptable for me to return to the observance of things I have set aside for now,” she said.

“It’s very important to me; it’s not something I have abandoned.” 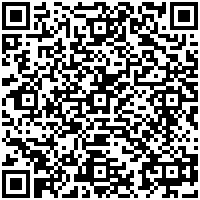