I dreamed of chocolate before my scheduled visit to the newly opened Li-Lac chocolate factory in Brooklyn. Picturing scenes out of Roald Dahl’s Charlie and the Chocolate Factory, I envisioned vats of melted chocolate so large you could fall into them and drown yourself in the most glorious substance ever known to mankind. I could smell the intoxicating aroma of chocolate all around me and hoped I wouldn’t walk out of there looking like a rounder-than-round Oompa Loompa.

Thankfully, most of my dreams didn’t come true and while I did totally blow my diet and indulge in some tasting (I mean seriously, how could you not?) I did not morph into anything that looks like an Oompa Loompa. The smell was exactly as I pictured: nothing short of heavenly. But the giant vats of oozing liquid chocolate were nowhere to be found because rule number one at Li-Lac is that every item is made fresh, in small batches.

Demetrious’ insistence on handmaking his chocolaty treasures with only the highest quality ingredients paid off in customer loyalty, and over the years, as other chocolatiers turned to mass-production and trendy ingredients, Li-Lac continued to stay true to its roots. Li-Lac Chocolates has been described as “chocolate heaven” by The New York Times, “a New York chocolate wonderland” by The Times of London and as “an anomaly in New York’s artisanal chocolate culture” by the Wall Street Journal.

Despite having changed hands several times over the years, Li-Lac continues to cling to its roots and the company describes itself as “stubbornly old fashioned since 1923.” Master chocolatier Anwar Khoder has been with the company since 1989 and co-owner and president Anthony Cirone, a former advertising executive, was a loyal customer before making, not one, but two bids to purchase the company.

While Li-Lac continues to use the same recipes, the same methods and even the same copper kettles and marble tables to produce its fabulous little bites of bliss, over the years the company has made several changes, including updating its packaging, moving to a new production facility in Brooklyn’s Industry City and receiving kosher certification from the Orthodox Union. With the grand opening of its factory last month, the public can enjoy free factory tours and purchase fresh chocolate, all in the new Brooklyn location.

Li-Lac has over 1,000 chocolate molds. Some are vintage metal molds that pre-date World War I, while new ones are created regularly.

“We can make anything chocolate,” said Cirone. “The most unusual order we ever had was for the Society of Neuroscience. We made them 13,000 chocolate brains.”

There seems to be nothing that can’t be made out of chocolate at Li-Lac whose specialty molds include airplanes, blow dryers, teeth, alligators, baby booties, the United States Capitol Building, Tyrannosaurus Rex, mermaids, pizza slices, life sized violins, ice skates, typewriters, telephones, video cameras, paintbrushes and even a toolkit.

“About two years ago someone suggested we make chocolate shoes for Mother’s Day,” recalled co-proprietor Christopher Taylor. “I told them no one is going to pay $40 for a chocolate shoe.”

Despite Taylor’s skepticism, Li-Lac went ahead and made the life-sized high-heeled shoes. 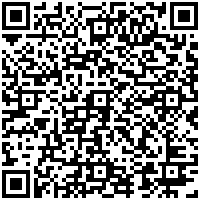