The landmark Schneller Compound in Jerusalem, familiar to residents of the city by its tall clock tower, is undergoing a massive renovation and renewal to make way for a new interactive
museum and cultural center.

Last used as an IDF army base in 2008, the building has been dormant and empty for the past 12 years.


In 2017 the Jerusalem Municipality decided to divide up the Compound, contracting a portion of the complex for private residential construction, with the main building going to Kehillot Yisrael for a unique experiential, interactive museum and visitor center.

Hanan Benayahu, Director of Kehillot Yisrael Institute, unveiled the project earlier this week with a tour for the media.

“We are excited to share this extensive restoration and renovation project, as well as the vision and plans for the building’s new use as Beit Hakehillot,” he said. “The museum will introduce a new perspective on Jewish history and present something innovative that connects the past to the present with a legacy that guides us for the future.”

While Jerusalem is empty of foreign tourists the city is taking advantage of the lull to focus on building and renovation projects. Speaking at the media tour, Jerusalem’s Deputy Mayor Fleur Hassan-Nahoum, who is responsible for tourism and economic development, said there was “no better time to invest in Jerusalem’s infrastructure, tourism, and cultural institutions.

“With a modern office complex being built at the entrance to the city, this place – just steps from there – represents and preserves layers and layers of history. Beit Hakehillot will be a testament to the best of our heritage, and I am extremely excited about the project,” she said.

Jerusalem’s historic Schneller Compound is considered one of the city’s most important and beautiful landmarks. It was in active use for nearly 150 years, from the mid-19th century through 2008. The building was completed in 1860 by a German Protestant missionary, Johann Ludwig Schneller, to house and care for orphans from Syria. Known as the Schneller Orphanage, it was one of the first structures built outside the walls of the Old City of Jerusalem.

Over the years, it gradually became a self-contained and self-sufficient compound of numerous buildings, including a tile factory, printing press, pottery workshop, bakery, dormitories, stables, a church, and a school for the blind.

With a full staff of German personnel working in the compound, Schneller — who was no friend to the local Jewish population — held annual celebrations in the church in honor of Hitler’s birthday.

The British deported all German personnel at the start of World War II, and turned the compound into a closed military camp that contained the largest ammunition stockpile in the Middle East.

The building changed hands again in 1948 after the British abandoned the camp and the Haganah took over, using it as a base of operations during Israel’s War of Independence. The Schneller Compound continued to serve as an IDF base until 2008.

As the lead architect on the project, Moshe Shapiro finds the challenge of preserving the building’s rich history while transforming the building into a center for Jewish culture an exciting one. As he led members of the media on a tour of the complex, he explained that as with any project one works on in Jerusalem, “scratch the surface, and reveal the history of the world.”

In 2016, remnants dating back to the Second Temple and early Roman period, including a bathhouse and winery, were discovered by archaeologists working outside the walls of the compound.

Restoration and excavation of the building itself revealed evidence of a Turkish bathhouse and several ancient wells, which Shapiro pointed out on the tour.

“The Schneller Compound is a virtual time capsule of a 150-year period in Jerusalem’s history,” Shapiro explained. “It contains the story of the Jewish people, from the time of the destruction of Jerusalem to pre-state British, Zionism, the underground, and more. This new project, housed in what was formerly a non-Jewish building, honors Jewish heritage and culture and closes the circle.”

The Jewish Story: Separate Communities Bound Together as One
Along with precise restoration, the tour outlined the future plans for the iconic building. The Beit HaKehillot museum and cultural center will celebrate Jewish heritage and customs practiced in kehillot around the world – past and present – and will commemorate the rich history, intellectual contributions, and artistic creativity of each community.

That story will be told through a unique prism: with the largest private archive of original
Jewish manuscripts, letters, books, songs, and stories that have been carefully collected from these communities over the past 50 years.

Jews were scattered across the globe, separated by country and custom. Beit HaKehillot will highlight the connection between these Jewish communities – each with its own unique story – and the ties that bound them together. Using interactive displays and “kitvei yad” – original manuscripts of the Jewish people — historical events, stories, and folklore will be brought to life, highlighting the differences and essential commonalities of Jewish communities around the world.

Visitors will experience the unique cultural dialogue that flourished between each community, as well as with their surrounding societies, gaining a new perspective on Jewish history not seen before.

“This isn’t going to be another boring museum filled with artifacts you forget about after ten minutes, it will be a celebration of Jewish culture that will leave visitors feeling excited about being a part of the Jewish nation,” Benayahu explained. “We all have roots from different communities, but do we have any idea how to connect to those roots? Being able to experience the richness of each community – its customs, literature, poetry art, music, liturgy and folktales – will create a sense of connection, no matter where your family came from. We want visitors to feel excited and proud, to say, ‘Yes, I recognize my Jewish culture. I am part of this Jewish
nation.”

The internationally-recognized museum design firm Berenbaum Jacobs Associates (BJA), known for
specializing in Jewish themes, is designing the museum, which will contain innovative and interactive technology.

“The ultimate goal of the Center is to engender a renewed sense of pride and identification in the richness of Jewish heritage, a place to learn about the ‘radical ideas’ Judaism brought into the world, its current relevance, and the vital contribution this heritage can make in the future,” said BJA partner and Project Designer Edward Jacobs.

“People are spiritually unmoored and have dissociated from the very thing that keeps us together – in connection to each other. This will be an institution whose very manuscripts represent kehilla – community – which is the glue that binds us together. Especially during these socially-distant times, there is such a strong desire to reach out to our audience and remind them – it’s all about you. We are bringing them into the story through that prism.”

Exploring what Jewish communities around the world looked like over the years is the question Avraham Hillel, Kehillot Yisrael CEO, seeks to answer. “As Jews were scattered to the four corners of the world, each community had its own beautiful style of Judaism. For various reasons, they ended up in Israel for the Holocaust, pogroms, Zionism, etc. and were told to conform to one style. Names were changed to modern Hebrew. This was nice in theory, but something important was lost. Beit Hakehillot will be a place to reclaim and celebrate the essence of those communities past and present.”

“We are inviting Jews from around the world to join us in creating it,” he continued, “and look forward to connecting more people around the world to the project now, in its early stages, finding ways to collaborate with individuals and institutions to build a center that will best reflect the heritage of their own communities and families, past and present.“ 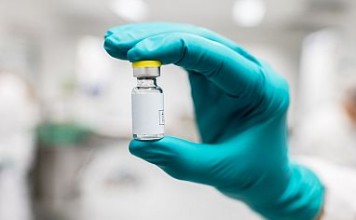 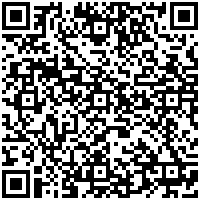