The study, commissioned once every decade, focuses on the eight-county New York area – the Bronx, Brooklyn, Manhattan, Queens, Staten Island, Nassau, Suffolk, and Westchester – that is “the world’s largest and most diverse Jewish community outside Israel.” The researchers interviewed 5,993 adults, asking them a range of questions about their Jewish identity, affiliation, engagement, and their financial status. The study’s margin of error is +/- two percent.

The study identified three main reasons for the population growth: “high birthrates among the Orthodox, increased longevity, and an increase in the number of people who consider themselves partially Jewish.”

Breaking down the statistics further, 493,000 Jews residing in the eight counties “live in Orthodox households.” These households are marked by “significantly higher levels of Jewish engagement than others, much larger households, and somewhat lower incomes.” Another 216,000 Jews live in Russian-speaking households, and consider themselves “Jews by culture.”

In New York City itself, 40% of Jews identify themselves as Orthodox, which represents a 7% increase since the last study. And in an indication of where New York City Jewry is headed, 74% of all Jewish children in the city are Orthodox.

The clearest conclusion to be drawn from the seemingly disparate trends, according to the study, is that Jewish identity, practice, and engagement has become polarized – the Orthodox streams are growing rapidly, while non-denominational and non-practicing Jews continue to disengage, which in turn results in higher assimilation rates. Furthermore, the chasm between these two demographics only seems to be growing: the number of Conservative and Reform Jews continues to decline, with each movement losing approximately 40,000 members between 2002 and 2011.

In its executive summary, the study suggests that “three features of the…Haredim have significant implications for the future of New York Jewry. First, the high birthrate of Haredi Jews (at least three times that associated with non-Orthodox Jewish New Yorkers)…Second, the Haredim are known to be self-segregated and relatively disconnected from the rest of the Jewish community. Third, relatively high poverty combined with large and growing families suggests that their economic stress is likely to increase in the future.”

The study predicts strong and continuing growth for the Modern Orthodox community as well, but notes that birthrates aren’t as high as in Haredi communities. “Unlike most Haredim,” it adds, “Modern Orthodox Jews are more likely to be fully engaged with the larger Jewish community.” 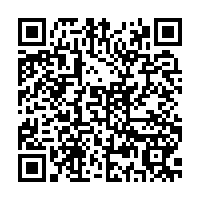